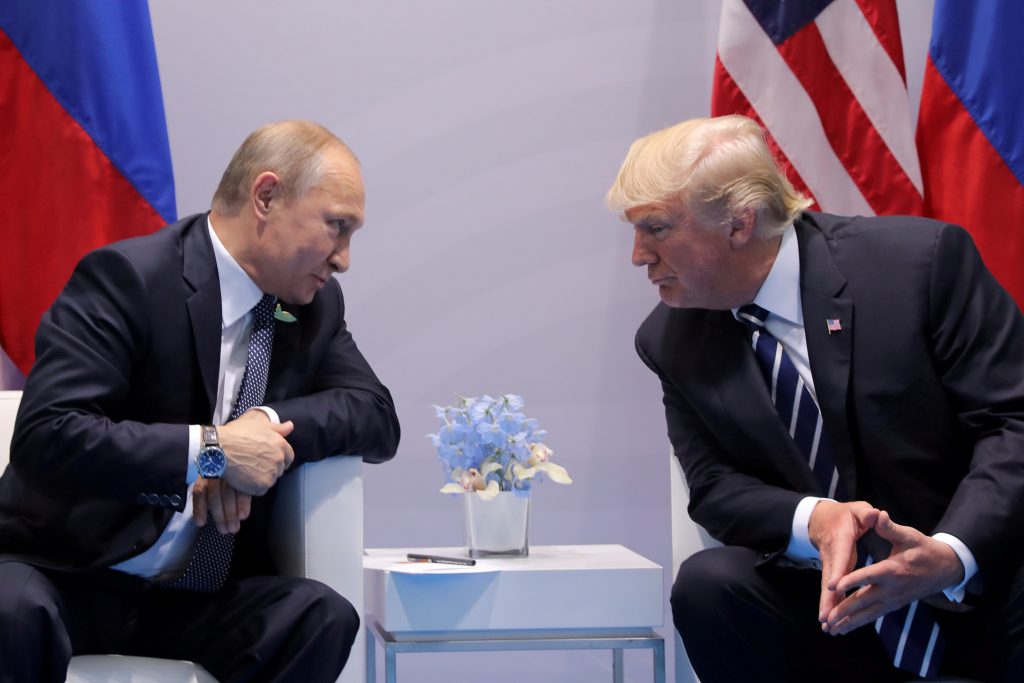 A Kremlin aide said on Monday that U.S. President Donald Trump suggested the White House as the venue for a summit with Russian President Vladimir Putin when they discussed the idea of meeting in a telephone call last month.

Since that call, on March 20, preparations for a possible summit have not progressed because of a diplomatic row, the aide, Yuri Ushakov, said.

“When our presidents spoke on the phone, Trump proposed having the first meeting in Washington, in the White House,” Ushakov told reporters at a briefing.

Trump called Putin last month to congratulate him on his recent election victory and told reporters that he believed he and Putin would meet “in the not too distant future.”

White House press secretary Sarah Sanders did not confirm an invitation had been issued to Putin, but said the two had discussed a number of venues for a potential meeting, including the White House.

“We have nothing further to add at this time,” she told reporters on Monday.

Rolling out a welcome for Putin in the White House, rather than at a neutral location, could anger Trump’s domestic critics, who accuse Russia of hostile acts against Western countries, including the United States.

Some current and former members of Trump’s team are under investigation for alleged collusion with Russia in the run-up to Trump’s inauguration. Trump denies that any collusion took place.

Since the March 20 phone call, Washington expelled 60 Russian diplomats and closed a Russian consulate over allegations that Russia was behind the poisoning of a former Russian spy and his daughter in England. Russia denies involvement and has retaliated against the diplomatic sanctions in kind.

“Against the backdrop of these events, it’s difficult to discuss the possibility of holding a summit,” Ushakov said.

“We want to believe that the discussions (on a proposed summit) will begin,” Ushakov said.

“We want to hope that … one day, at one time or another we can arrive at the start of a serious and constructive dialogue.”