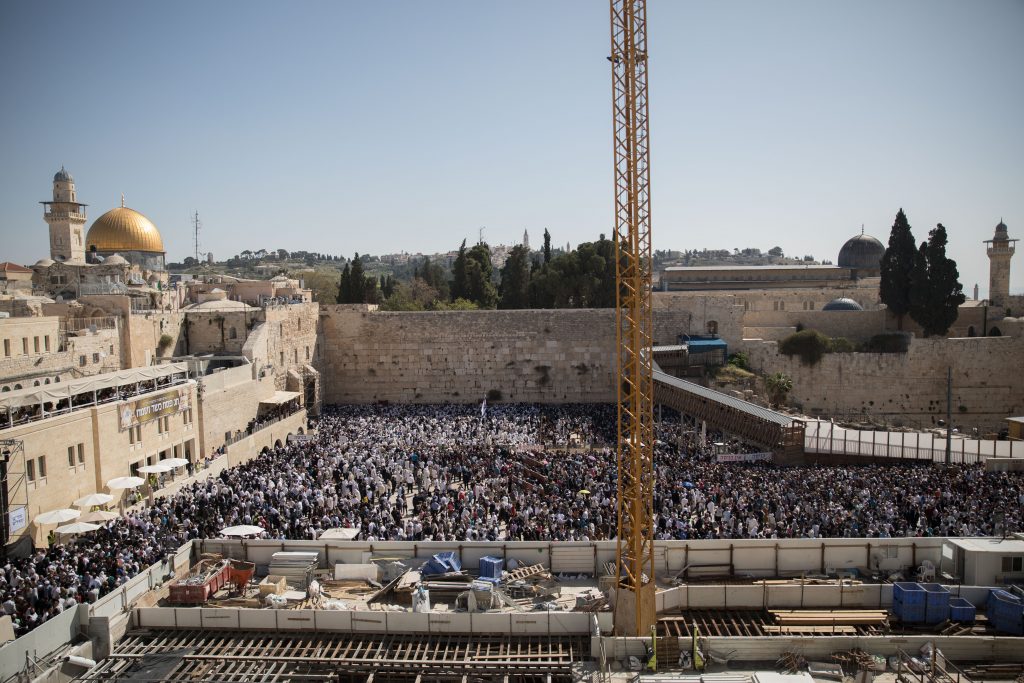 A crowd of close to 100,000 people, according to police estimates, gathered at the Kosel Monday morning for the traditional mass Birkas Kohanim event, held on Chol Hamoed of Pesach and Sukkos, on the first day of Chol Hamoed for the Diaspora.

Thousands of police and soldiers were on duty to prevent attacks on the mispallelim, and baruch Hashem, no security events were reported.

Many of the roads near the Old City were closed to private vehicles.