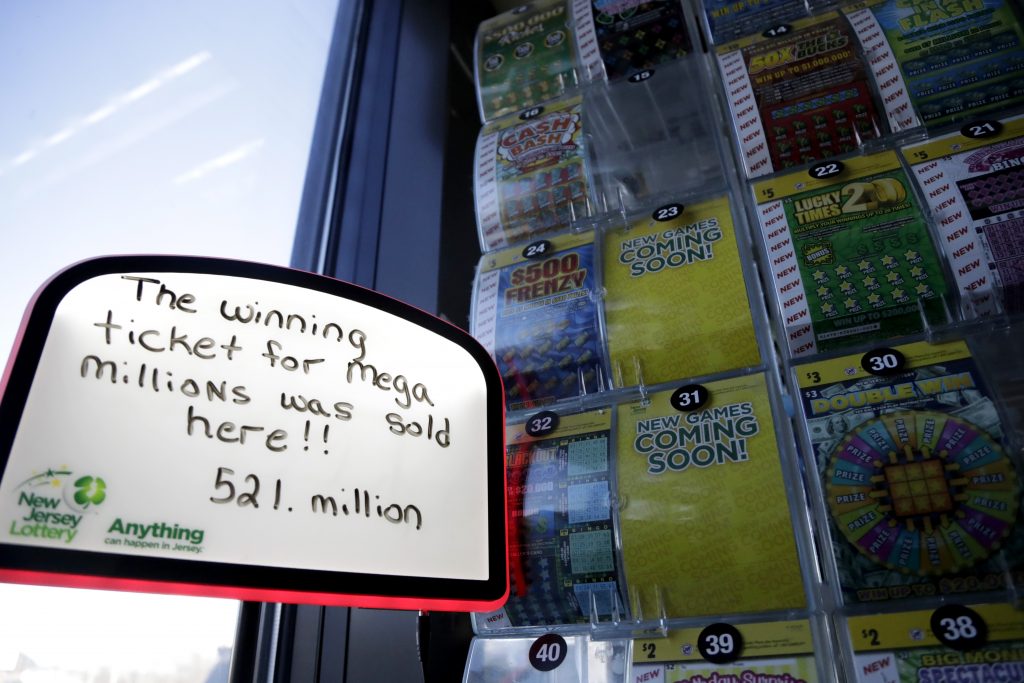 A winning ticket for the Mega Millions lottery jackpot estimated at $521 million has been sold in New Jersey.

The New Jersey Lottery said Saturday on Twitter that the winning ticket was sold at a Lukoil station in Riverdale, in Morris County, about 30 miles outside New York City.

“I woke up to that news and it’s great,” owner Ameer Karass said. “I’m really happy for the winners.”

Karass, who has owned the station for five years, said a lot of people have been calling and stopping by to congratulate station personnel since the news was announced.

Station manager Nash Riad said no one has come forward to say they bought the ticket, and he has no idea who the winner is.

It was the nation’s tenth-largest lottery jackpot. No one had matched all six numbers since January.

The $521 million is the annuity option, in which payments are made over 29 years. The cash option would pay $317 million.

Mega Millions is played in 44 states plus Washington, D.C., and the U.S. Virgin Islands.