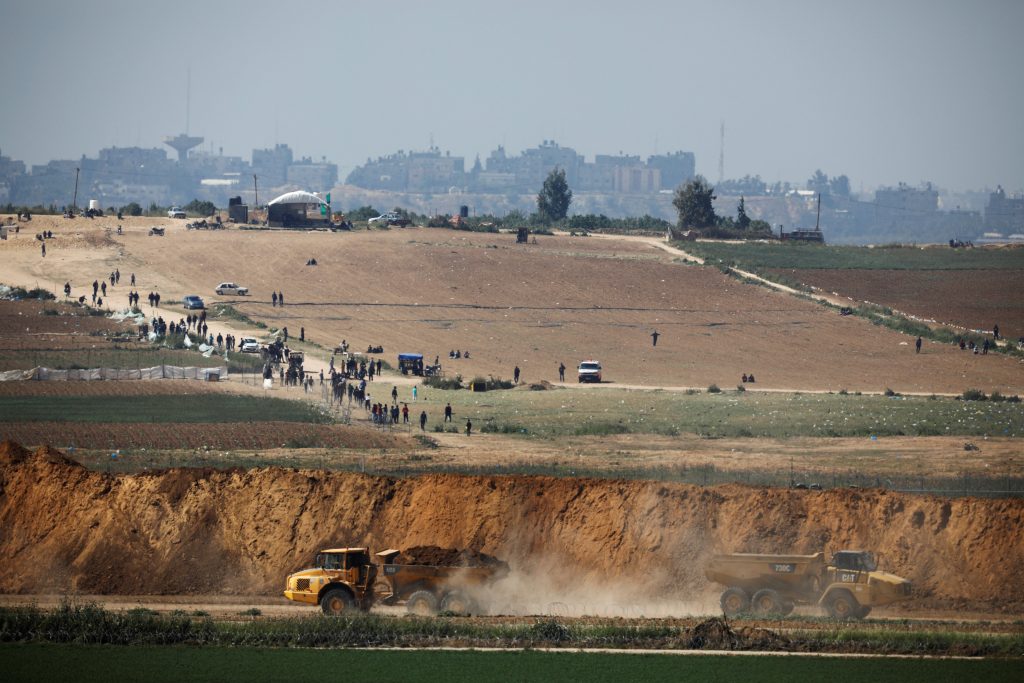 Turkish President Tayyip Erdogan called his Israeli counterpart Binyamin Netanyahu a “terrorist” on Sunday, escalating an exchange of insults that started after he criticized Israel’s response to a demonstration on the Gazan border.

Israel has defended the killing of 15 Palestinians during Friday’s demonstration and Netanyahu tweeted that the IDF “will not be lectured by those who have indiscriminately bombed civilian populations for years,” referring to Turkey.

Erdogan told supporters on Sunday: “We don’t have the shame of invading on us, Netanyahu. You are an invader and right now are present in those lands as an invader. At the same time, you are a terrorist.”

In a later tweet, Netanyahu said: “Erdogan is not accustomed to being answered back to, but he should start getting used to it. He who occupies northern Cyprus, encroaches on Kurdish territory and massacres civilians in Afrin cannot preach to us on values and morals.”

Turkey invaded areas of northern Cypus in 1974 and later annexed the territory in a move not recognized by any other country.

In January this year, Turkey launched an air and ground offensive in the enclave of Afrin in Syria to root out the Kurdish People’s Protection Units (YPG), which Turkey brands a terrorist group, but which is seen by the United States as a key player in the fight against Islamic State terrorists. The U.N. has said that 170,000 people have fled Afrin in the wake of the Turkish offensive. Dozens of civilians have been killed.

Netanyahu earlier Sunday lashed out at Turkey in response to Erdogan’s claim that Israel had mounted an “inhumane attack” on Palestinians during Friday’s mass protests on the Gaza border with Israel.

“The most moral army in the world will not accept moral preaching from someone who for years has been bombing a civilian population indiscriminately,” he said, in apparent reference to Ankara’s ongoing battle against the Kurds.

On Friday, some 30,000 Palestinians took part in demonstrations along the Gaza border, during which rioters threw rocks and firebombs at Israeli troops on the other side of the fence, burned tires and scrap wood, sought to breach and damage the security fence, and in one case opened fire at IDF soldiers. 15 Palestinians were killed by Israeli security forces confronting protesters. Hamas said five of them were members of its armed wing. Israel said eight of the 15 dead belonged to Hamas, designated a terrorist group by Israel and the West, and two others belonged to other terror groups.

Hundreds of Palestinian youths ignored calls from the organizers and the IDF to stay away from the frontier and violence broke out.

The IDF said that its sharpshooters targeted only those taking explicit violent action against Israeli troops or trying to break through or damage the security fence.

The IDF accused Hamas of “cynically exploiting women and children” by sending them to the fence.

IDF spokesman Ronen Manelis said on Friday that the IDF faced “a violent, terrorist demonstration at six points” along the fence.

He said the IDF used “pinpoint fire” wherever there were attempts to breach or damage the security fence. “All the fatalities were aged 18-30, several of the fatalities were known to us, and at least two of them were members of Hamas commando forces,” he said.

“We won’t let this turn into a ping-pong zone where they perpetrate a terrorist act and we respond with pinpoint action. If this continues we will not have no choice but to respond inside the Gaza Strip,” Manelis told reporters.

The protest, organised by Hamas and other Palestinian factions, is scheduled to culminate on May 15, the day Palestinians commemorate what they call the “Nakba” or “Catastrophe” when the state of Israel was created.