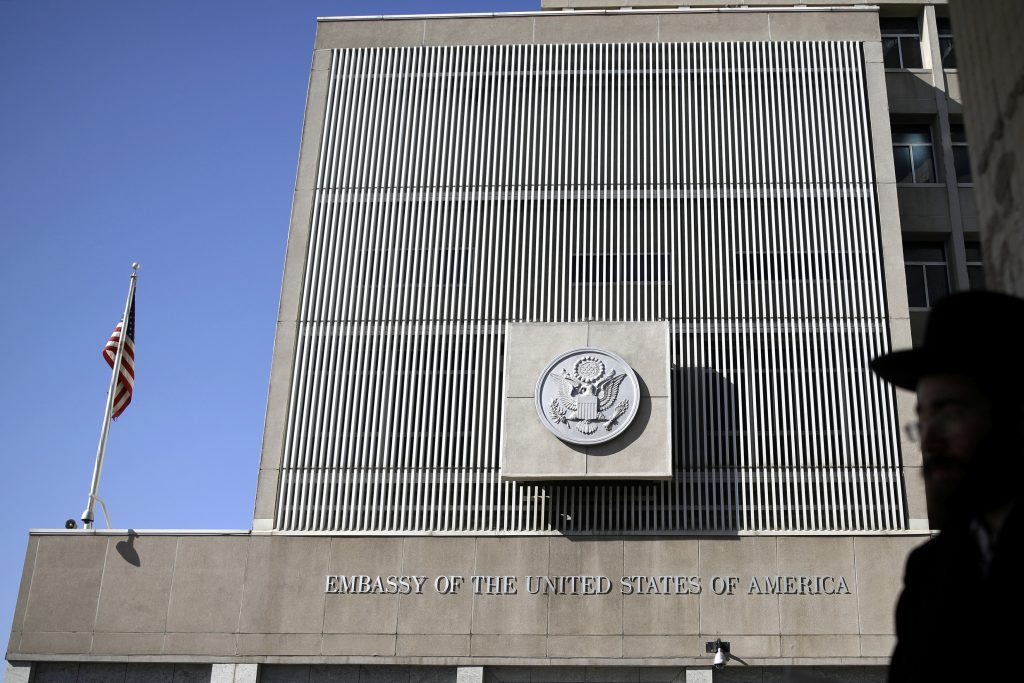 Israelis who want to visit the United States but need to update their visas can now do it online. The U.S. embassy announced that Israelis are now eligible for the Visa Interview Waiver program, which will obviate the need to show up at the U.S. embassy and be interviewed by a consular officer.

The embassy stressed in its notice about the program that individuals are responsible for all details in their online application. The application includes questions that would generally be asked in person. The program is open to holders of tourist visas that are current or expired in the past year, or holders of other visas that were issued after January 1, 2008. The applicants must be at least 14 years of age.

Last week, the U.S. Senate unanimously called for Israeli participation in the Global Entry Program, a pre-check that allows for quick passage of Israeli visa-holders into the United States. In a letter to Homeland Security head Kirstjen Nielsen, the senators said that allowing for Israeli participation in the program will “further cement security relations between the two countries,” and enable Homeland Security officials to devote more of their resources to visitors to the U.S. who have not been checked out.

The program allows for quick entry of pre-approved individuals at the automatic kiosks used at many entry points in U.S. airports. To get into the program, individuals must undergo an extensive pre-check before they arrive in the U.S., usually conducted by the U.S. embassy or consulate in their country of citizenship. Approved members of the program pass their foreign passport through the kiosk readers, and are quickly approved entry into the U.S.