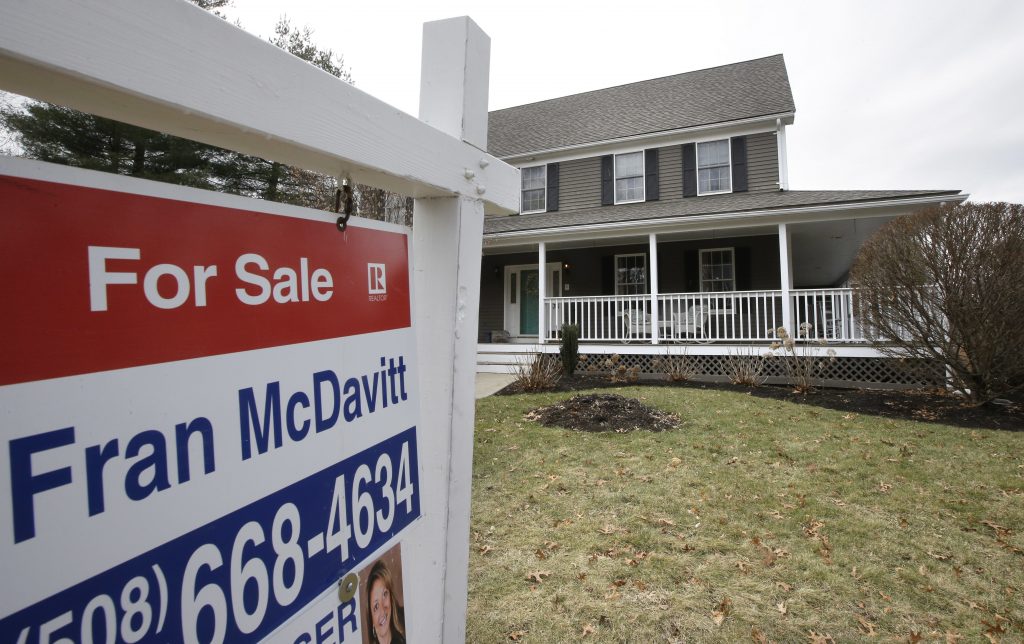 Mortgage rates dipped for the second time in three weeks, as investors began selling off stocks and buying bonds.

According to the latest data released Thursday by Freddie Mac, the 30-year fixed-rate average slipped to 4.44 percent with an average 0.5 points. (Points are fees paid to a lender equal to 1 percent of the loan amount.) It was 4.45 percent a week ago and 4.14 percent a year ago.

The yield on the 10-year Treasury sank more than 10 basis points in the past week, tumbling to its lowest level since early February. Jittery investors, worried about a trade war with China, have been scooping up bonds, sending prices higher and yields lower.

The movement of long-term bonds tends to be one of the best indicators of where mortgage rates are headed. But home-loan rates haven’t fallen as quickly as bond yields. Instead, the 30-year fixed rate has been stuck in a narrow band for the month of March.

Shashank Shekhar, CEO of Arcus Lending, is one who expects rates to fall.

“Last week, mortgage rates got a break from a near-constant increase this year,” Shekhar said. “Even though the decline in rates was modest, expect some of that to continue this week. Volatility in the stock market is helping improve the pricing of mortgage bonds, which lowers the rate that consumers get. [Until] the time there is a concern around tariffs and trade wars, stock markets will remain bearish, which should keep the mortgage rates either at the same level or slightly lower.”

Meanwhile, the slight decrease in rates was enough to boost mortgage applications, according to the latest data from the Mortgage Bankers Association. The market composite index – a measure of total loan-application volume – increased 4.8 percent from a week earlier. The refinance index jumped 7 percent, while the purchase index rose 3 percent.

The refinance share of mortgage activity accounted for 39.4 percent of all applications.

“Purchase applications increased for the third week in a row, up 3.1 percent on a seasonally adjusted basis from the previous week,” said Joel Kan, an MBA economist. “Purchase applications also saw the strongest year-over-year growth rate since February 2018, at over 8 percent. We remain cautiously optimistic that purchase activity will continue to pick up as we enter the spring home-buying season.”