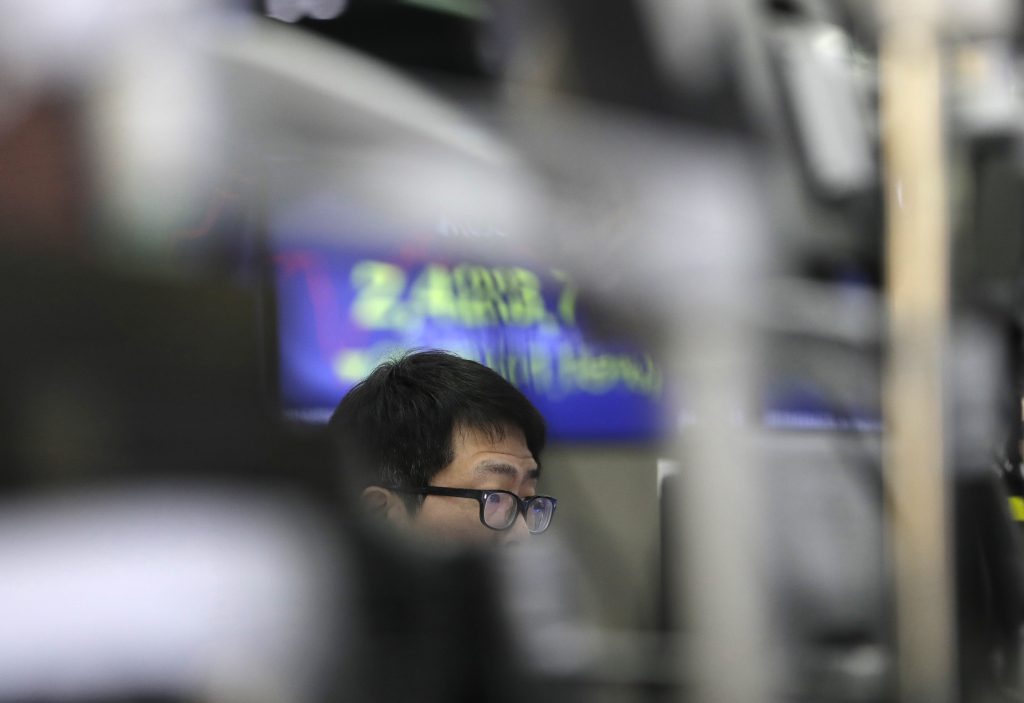 Asian shares fell on Wednesday after Wall Street was knocked hard by concerns about tighter controls on the tech industry, denting a brief global equities recovery driven by hopes that the risk of a U.S.-China trade war was easing.

The info tech sector was the worst hit with a fall of 3.5 percent, as investors expect tighter control on the industry following a furor over use of Facebook data by political consultants.

Another weak spot was Nvidia, which fell 7.8 percent after the chipmaker temporarily suspended self-driving tests across the globe after an Uber Technologies Inc autonomous vehicle killed a woman.

Investors rotated out of the tech sector, which had long outperformed the market on hopes of new technologies such as artificial intelligence (AI) and internet of things (IoT).

“There is a sense that there will be more regulations on Facebook or FANG and that the cost of compliance will increase,” said Nobuhiko Kuramochi, chief strategist at Mizuho Securities.

The so-called FANG quartet of tech stocks, which includes Facebook, Amazon.com, Netflix and Alphabet, has been a darling of many investors.

European stock futures point to lower openings for European stocks, with futures for Germany’s Dax and France’s Cac down 0.9 percent and those for Britain’s FTSE falling 0.7 percent.

The report that Beijing plans to announce retaliatory tariffs against U.S. President Donald Trump’s plans for tariffs on up to $60 billion of Chinese goods rekindled worries about a Sino-U.S. trade war.

While the market remains highly vulnerable to news headlines like this, recent reports of behind-the-scenes talks between Washington and Beijing spurred some optimism.

“It would be in China’s interest to pursue trade rather than taking retaliatory actions. So eventually, they are likely to avert a trade war and strike a deal that will please [U.S. President Donald] Trump and increase trade,” said Hiroshi Watanabe, economist at Sony Financial Holdings.

“The market is still nervous, and there’s a feeling you never know what Trump will do. But excessive wariness is likely to gradually wane,” he added.

In the currency market, the dollar changed hands at 105.51 yen, not far from Monday’s 16-1/2-month low of 104.56, as the Japanese currency was supported by the risk-averse mood.

Economic sentiment in the 19 countries sharing the euro slipped for the third month in a row in March while bank lending slowed.

Erkki Liikanen, an ECB Governing Council member, said that underlying inflation in the euro zone may remain lower than expected even if growth is robust, so the central bank needs to remain patient in removing stimulus.

The 10-year U.S. Treasuries yield dropped to 2.770 percent, its lowest level in seven weeks. The two-year yield stood at 2.270 percent.

“In short, markets had priced in policy normalization by the world’s central banks too much,” said Tohru Yamamoto, chief fixed income strategist at Daiwa Securities.