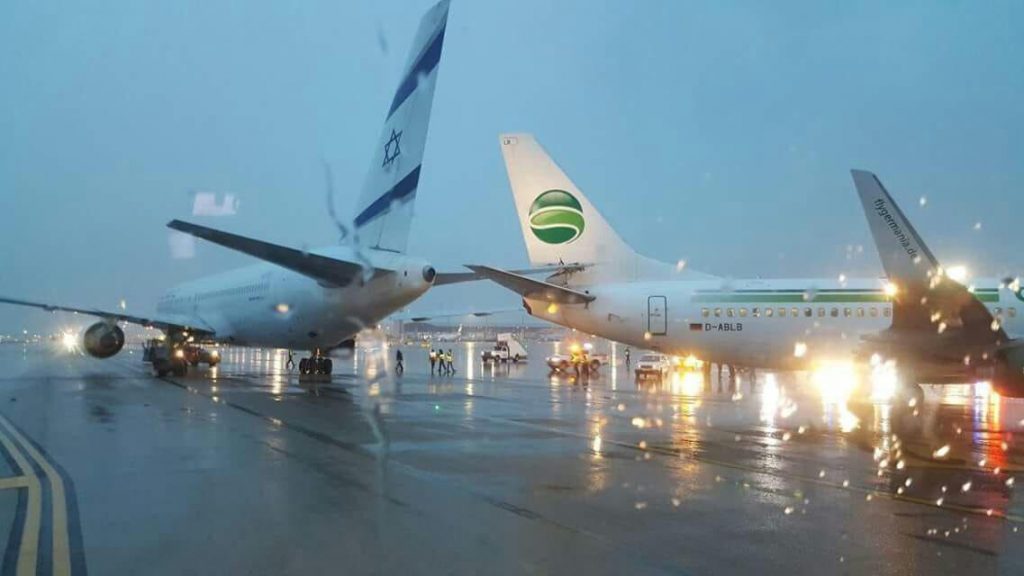 That there were no injuries in an incident Wednesday morning at Ben Gurion Airport, in which the tails of a Germania Airlines plane and an El Al plane collided, was “a great miracle,” a senior official in the Airports Authority told Walla News Wednesday. “The two planes were full of jet fuel, and the impact of the collision was pretty strong. If a fire had broken out, the situation would be completely different.”

The incident occurred early Wednesday, when, according to an initial Airports Authority investigation, the two planes were backing up in order to maneuver to their places on a runway. The El Al plane, on its way to Rome, was stationary, and the Germania plane was in the process of backing up when the two planes’ tails met. The two planes were immediately evacuated. The El Al flight was rescheduled for later Wednesday morning.

Damage was evident to both planes. Investigators said that the fault for the incident appeared to lie with the driver of a vehicle that was guiding the Germania plane to the runway. The worker has been suspended pending the results of the investigation.