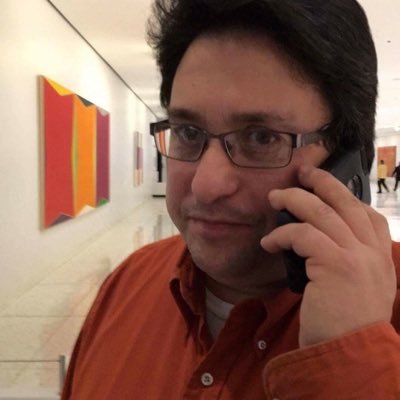 A veteran political journalist for the Daily News was arrested Wednesday for violating a cellphone ban in the lobby of the New York State Senate, only to be quickly released by Gov. Andrew Cuomo.

Ken Lovett was handcuffed and taken into custody by state police after a Senate sergeant-at-arms observed him speaking on his cellphone in the lobby, an ornate room immediately outside the Senate chambers in the state Capitol.

Posted signs say phone calls are prohibited in the lobby. The Senate wasn’t in session at the time of the phone call or the arrest.

Shortly afterward, Gov. Cuomo, a Democrat, walked to the state police office near the Capitol and ordered Lovett’s release.

“Freedom of the press is alive and well in the city of Albany,” Gov. Cuomo told reporters.

Senate spokesman Scott Reif said that before the arrest, Lovett was asked to comply with the Senate’s rules and refused. He said “the incident escalated quickly” but that Senate officials “very much regret the incident.”

While the signs prohibiting phone calls are clearly visible in the lobby, the rules are commonly ignored by lobbyists, journalists and members of the public, especially when the Senate is not in session.

A veteran of the Capitol, Lovett has covered state politics for more than two decades. After his release, he tweeted that “for the record, state police were very professional.”

Gov. Cuomo, who has an often testy relationship with the state Capitol press corps, joked to reporters that he offered his services to Lovett on a pro bono basis. The governor is an attorney.

“I know that Ken Lovett can be a dangerous man,” Cuomo joked. “It just does my heart good to say I freed Ken Lovett.”