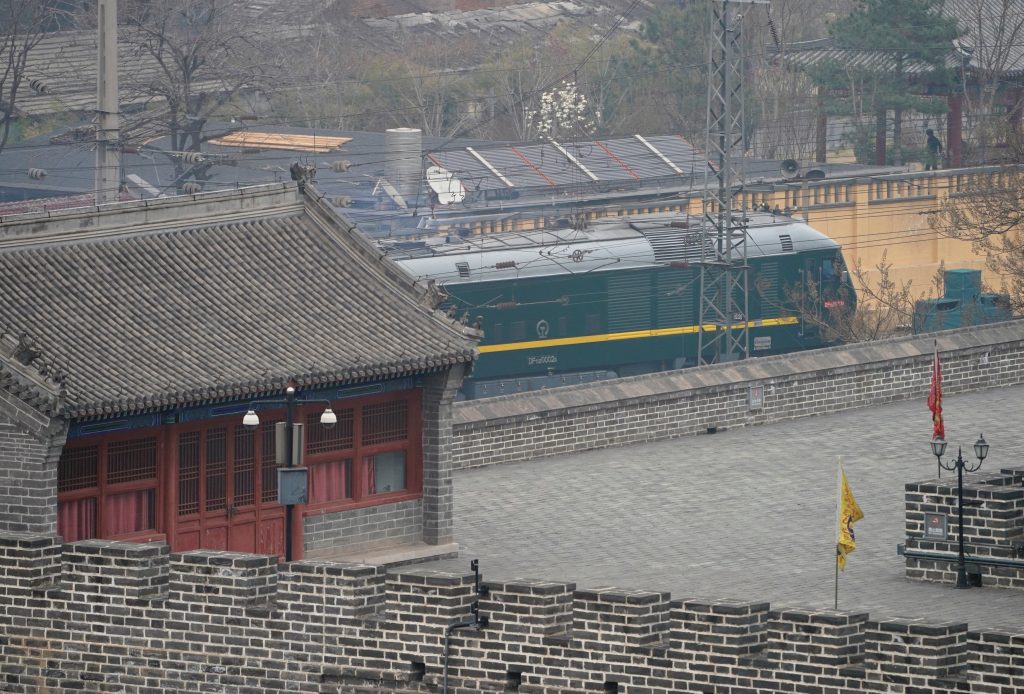 A train believed to be carrying a senior North Korean delegation left the Chinese capital on Tuesday following a dramatic whirlwind visit that some reports said included the country’s leader, Kim Jong Un.

South Korea said it was closely watching events in Beijing, where a foreign ministry spokeswoman deflected a question on whether Kim, his sister or some other senior North Korean was visiting.

“At present I have no understanding of the situation you mention. If there is news we will release it,” foreign ministry spokeswoman Hua Chunying told a regular daily briefing.

Diplomatic sources in Beijing said a senior North Korean official was in town, but did not know exactly who. A Reuters reporter saw a convoy leave Beijing’s Diaoyutai State Guest House, where senior foreign leaders often stay, and drive north on Tuesday morning. It was unclear where the convoy was headed.

Later, a Reuters journalist saw what was believed to be the delegation’s train pulling out of a Beijing station. The group was reported to have arrived in China on Sunday after crossing from North Korea in the border city of Dandong.

A senior U.S. official who follows North Korea closely said the available evidence suggested that Kim had traveled to Beijing to meet Chinese President Xi Jinping, but stressed that has not been confirmed. Xi and Kim Jong Un both have reasons to meet in advance of Kim’s meetings with Moon and possibly Trump, the U.S. official said.

“Xi has met Trump, and in many respects learned how to deal with him better than some people here do,” the official said. “At the same time, despite the recent tensions, he needs to know what Kim has in mind for dealing with the South and the U.S., and he still has a lot of leverage with the North.”

The North Korean leader is due to hold separate summits with South Korea in late April and with the United States in May.