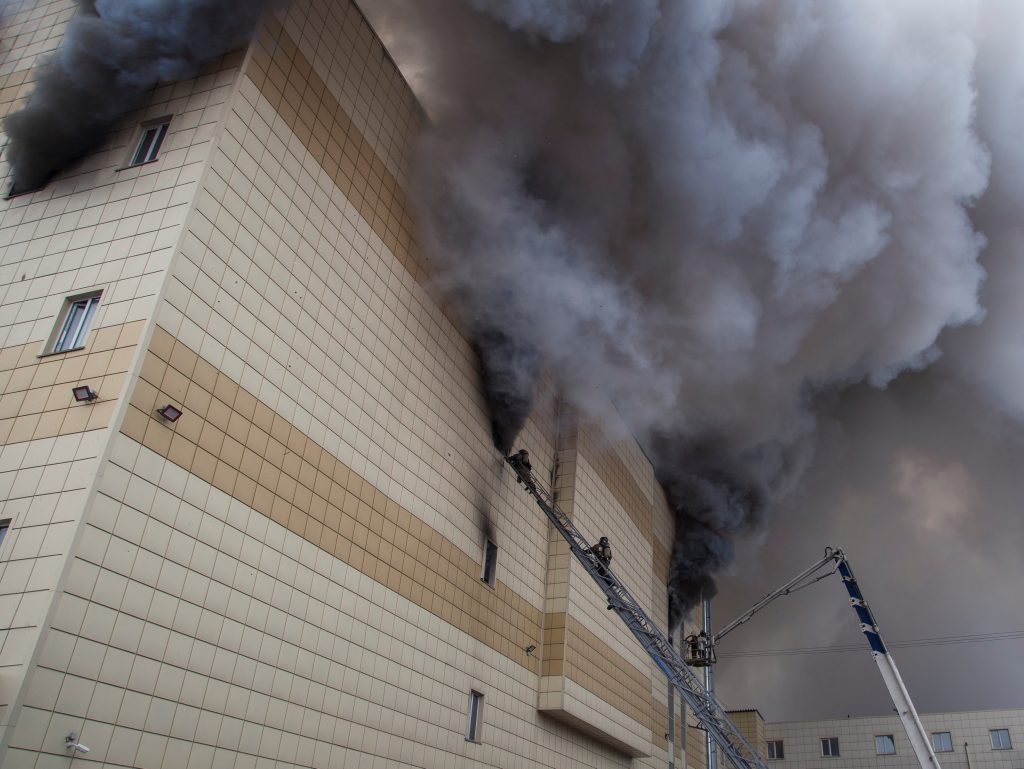 Thousands of angry and distraught Russians rallied Tuesday in a Siberian city to demand a full probe into a shopping mall fire that killed at least 64 people, many of them children.

President Vladimir Putin, who also visited the city, blamed the deaths on “a criminal negligence, sloppiness,” and promised angry residents that those responsible would be harshly punished.

The blaze engulfed the Winter Cherry Mall in Kemerovo on Sunday, the first weekend of the school recess, trapping dozens of parents and children inside. Eyewitnesses reported that fire alarms were silent and many doors were locked. Some of the victims were children who died in a locked movie theater.

The angry residents rallied outside the regional government building in Kemerovo for hours, with many of the protesters taking the stage to accuse the authorities of hiding the real scale of the disaster.

One protester, Igor Vostrikov, addressed Deputy Governor Sergei Tsivilyov, saying that families of the victims think the death toll is much higher than stated because the entire movie theater burnt down.

“We’re not calling for blood,” he said at the rally. “The children are dead, you can’t give them back. We need justice.”

When the deputy governor dismissed the protester’s call as “a PR stunt,” Vostrikov said he has lost his wife, sister and three daughters, aged 2, 5 and 7, in the fire.

“They died because they were locked in a movie theater,” Vostrikov said in an interview. “They were calling from there, asking for help: ‘We’re locked in, we’re suffocating.’ No one helped because when the blaze broke out, everyone ran away.”

“How could this possibly happen? What’s the reason?” Putin said at a meeting with the task force dealing with the fire, according to comments distributed by his press office.

Alexander Bastrykin, chief of the Investigative Committee, told Putin on Tuesday that the fire alarm had not been operational for two weeks and that the security guard was detained but they still had no “reasonable” explanation for his actions.

The rally entered its sixth hour late afternoon local time, and the protesters were not leaving.