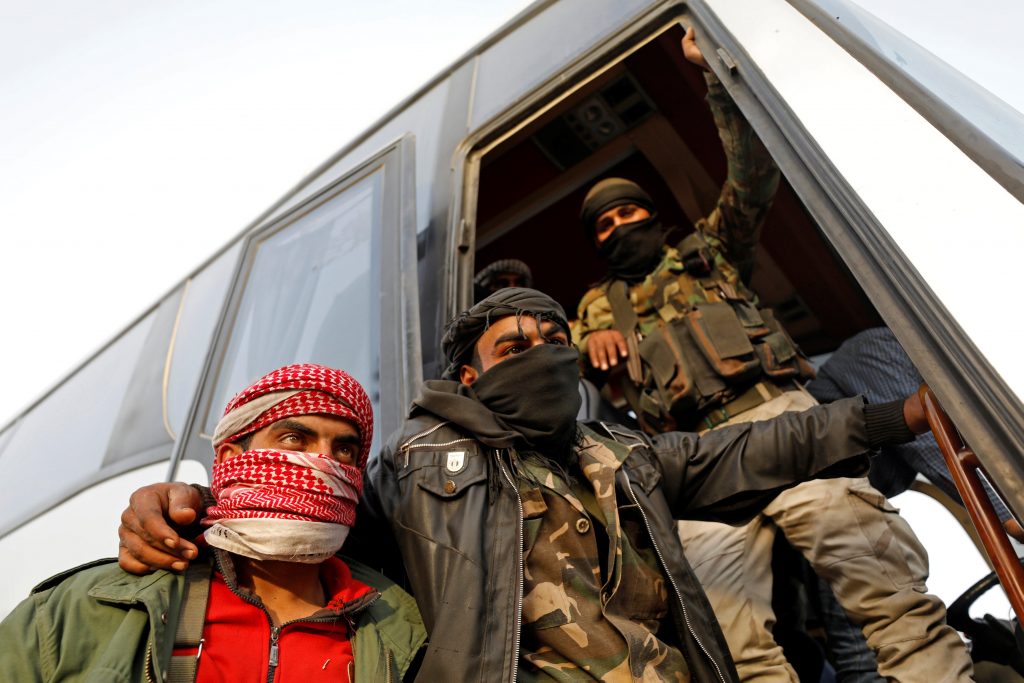 The exodus of Syrian rebels and civilians from the eastern suburbs of Damascus continued on Tuesday for the sixth straight day in what is shaping up to be one of the largest organized population transfers in the country’s seven-year-long civil war.

The population moves, condemned by the United Nations as forced transfers of people, are the result of a Russia-negotiated evacuation deal between Syrian rebels and the government amid a relentless offensive by President Bashar Assad’s forces.

More than 13,000 fighters, their family members, and other civilians have been bused out of a second pocket of the besieged eastern Ghouta region, Syrian state media said Tuesday.

The SANA news agency said 6,749 people, among them 1,620 fighters, were bused out of the towns of Arbeen, Ein Terma, Zamalka, and Jobar late on Monday. They followed 6,416 people who departed in the two previous days.

Last week, 7,000 people were bused out of a separate pocket of eastern Ghouta.

They were taken to the rebel-held Idlib province in northwest Syria, where more than 1 million others have taken refuge from the violence that has engulfed the country. Living conditions in the camps there are abysmal, the U.N. and aid agencies say, and the province is exposed to regular Syrian government, Russian, and occasionally American airstrikes targeting markets, schools, hospitals, and bases for militants and al-Qaida-linked groups.