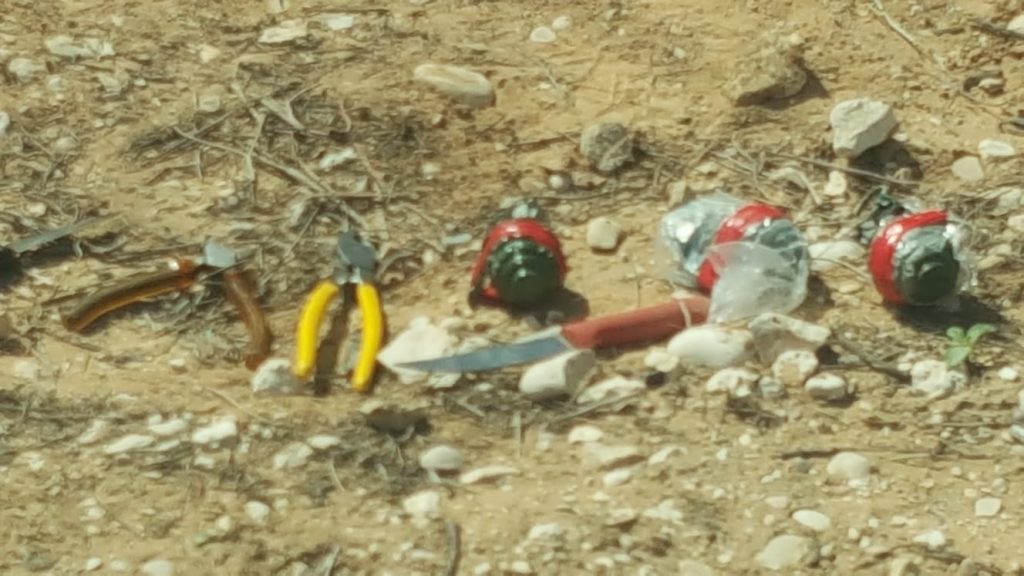 The three terrorists captured Tuesday were found carrying knives and hand grenades, and were on their way to rendezvous with other terrorists, preparing for an attack to be carried out this week, days before Pesach. The IDF has opened an investigation into how the terrorists were able to get so far into Israeli territory. In a statement, police said that the three were being questioned, and that their weapons had been confiscated. “Police will remain on high alert and requests that the public inform us if they see anything that raises their suspicions,” the statement said.

Earlier, roadblocks and checkpoints were set up in southern Israel, when IDF soldiers discovered signs that terrorists had managed to breach the security fence and enter Israel. Patrols were deployed on main and side roads in the area around the Gaza border, and checkpoints were set up in some areas. Security forces stressed that residents should keep to their normal schedules and activities.

Over the weekend, four terrorists entered Israel via the security fence and attempted to set fire to IDF engineering equipment being used for reinforcement of the security fence. The four escaped back into Gaza when soldiers detected their activities. No damage was reported to the equipment.

Commenting on Tuesday’s incident, MK Haim Yellin (Yesh Atid) said that the incident was “a serious breach of security. The impression we get is that the IDF is emphasizing security surrounding major issues, such as demolishing terror tunnels or dealing with the possibility that Hamas will attempt to breach the security fence in May with masses of Arabs, while perhaps paying less attention to other matters.”