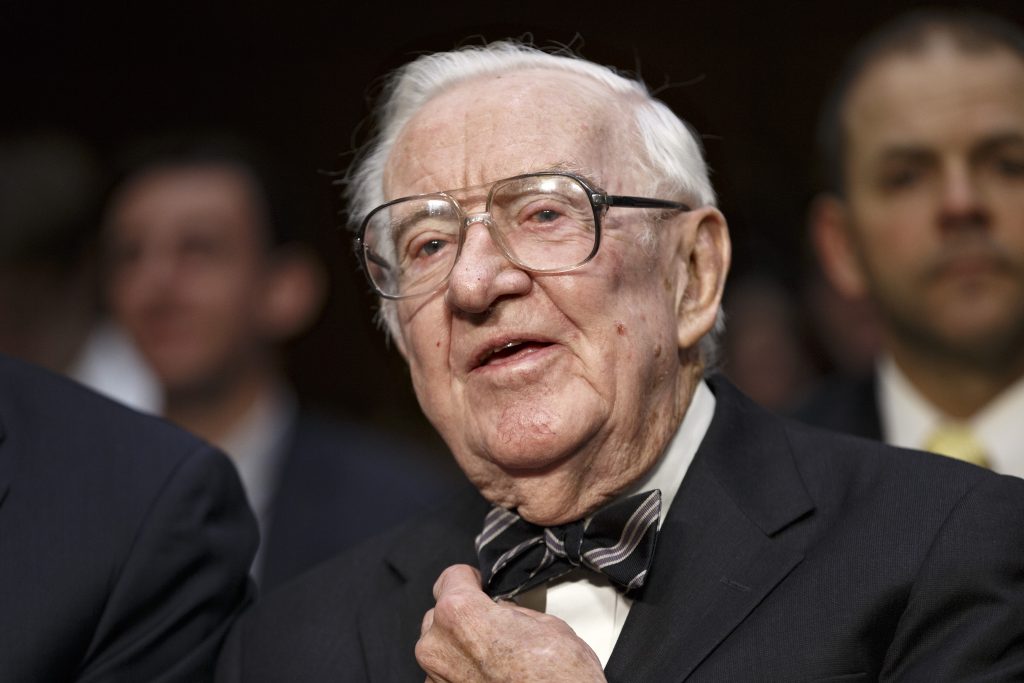 Retired Supreme Court Justice John Paul Stevens is calling for the repeal of the Second Amendment to allow for significant gun control legislation.

The 97-year-old Stevens says in an essay on The New York Times’ website that repeal would weaken the National Rifle Association’s ability to “block constructive gun control legislation.”

Stevens says the decision in that case, District of Columbia v. Heller, “has provided the N.R.A. with a propaganda weapon of immense power.” Stevens retired from the court in 2010, after more than 35 years.

In his essay published Tuesday, Stevens talks about the “March for Our Lives” events on Saturday which drew crowds in cities across the country. Stevens said the demonstrations “reveal the broad public support for legislation to minimize the risk of mass killings of schoolchildren and others in our society.”

He said the support “is a clear sign to lawmakers to enact legislation prohibiting civilian ownership of semiautomatic weapons, increasing the minimum age to buy a gun from 18 to 21 years old, and establishing more comprehensive background checks on all purchasers of firearms.”

But Stevens called on demonstrators to “seek more effective and more lasting reform.”

“They should demand a repeal of the Second Amendment,” he wrote.

The National Rifle Association issued a statement in response to Stevens’ essay.

“The men and women of the National Rifle Association, along with the majority of the American people and the Supreme Court, believe in the Second Amendment right to self-protection and we will unapologetically continue to fight to protect this fundamental freedom,” the statement said.