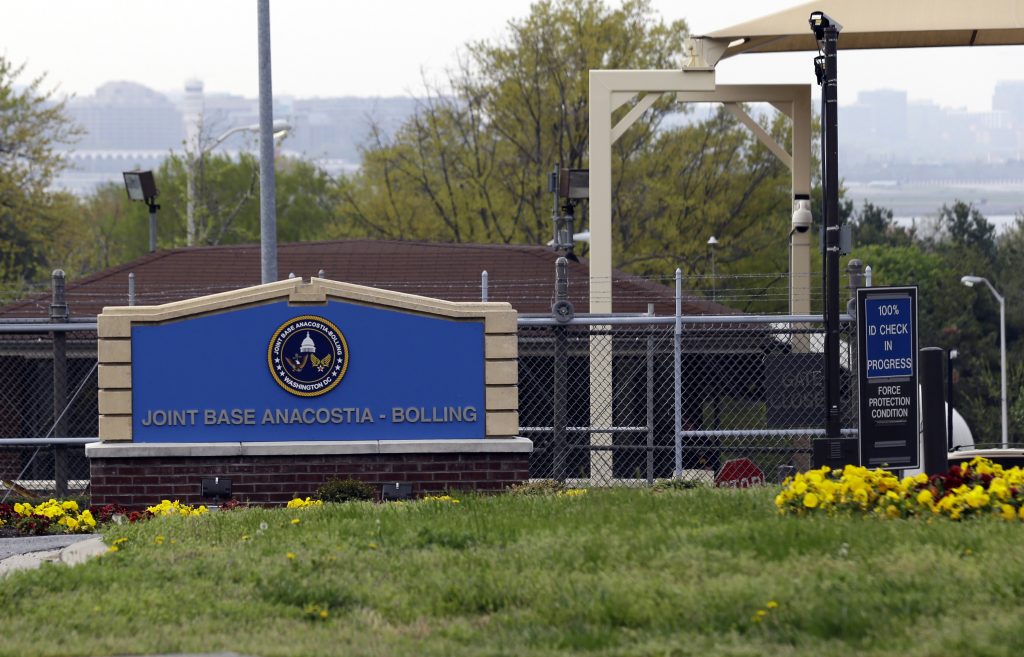 The packages were similarly designed and contained black powder along with rambling, nonsensical notes similar to those the man has been known to send in the past, according to the official, who was not authorized to speak publicly before an official announcement, and did so on condition of anonymity.

Roughly a dozen sites received packages Monday, including Joint Base Anacostia-Bolling in the district and at Fort Belvoir, in Virginia, as well as the Naval Surface Warfare Center Dahlgren Division, in Dahlgren, Va. No injuries were reported, and the FBI said each package was collected for further analysis.

The man’s motive was not immediately clear, but the official said there was no immediate connection to terrorism.

Defense Secretary Jim Mattis told reporters on Tuesday that that all of the packages sent to Defense Department facilities are under the control of the federal authorities.

“Basically there’s a set procedure, they went through the procedure,” said Mattis. “We’ve had nobody injured and all those packages and all the evidence is accessible and is the hands of the FBI right now.”