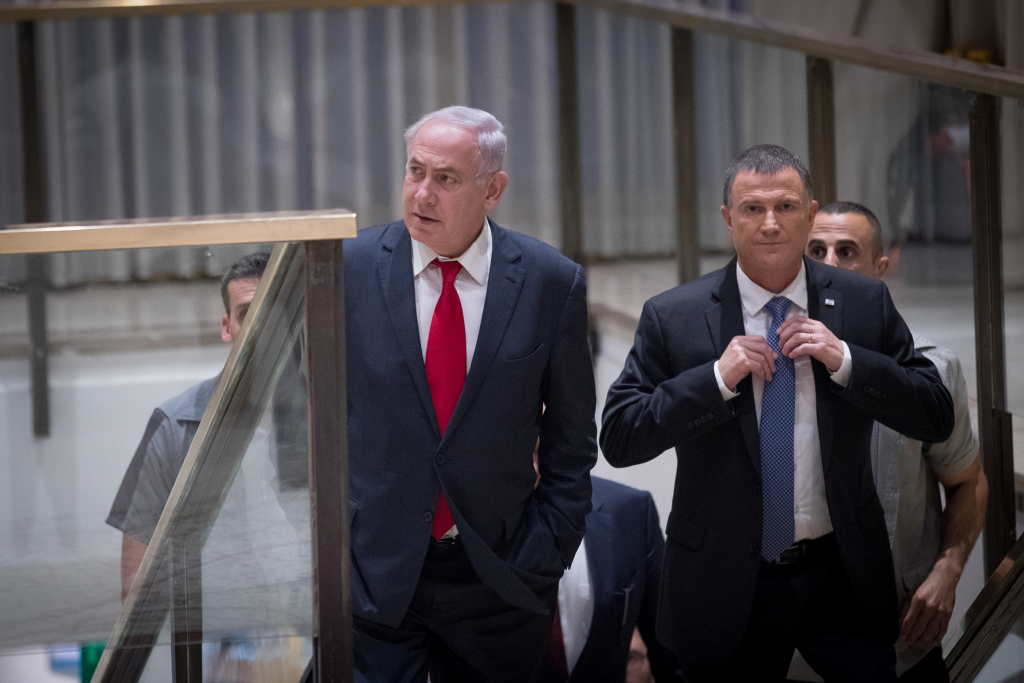 A row has kicked up over the speakers’ list at the coming Independence Day ceremonies. Knesset Speaker Yuli Edelstein said he will not attend the annual torch-lighting if Prime Minister Binyamin Netanyahu is on the list, The Times of Israel reported on Tuesday night.

After Culture Minister Miri Regev informed the organizing committee that PM Netanyahu will address the event—breaking with past practice in which the Knesset speaker but neither the prime minister nor the president speak—Edelstein threatened to boycott the event.

Regev subsequently accused Edelstein of “turning the state event into a publicity opportunity for himself.”

Edelstein then said: “It pains me that for the first time in Israel’s history, the Culture Minister is trying to damage the ceremony, which has always been a pure and beautiful expression of the unity of the people of Israel.”

Although the position of Knesset speaker is held by political party members (Edelstein is a Likud MK), he is elected by the entire plenum and is expected to preside over the parliament in an impartial manner, as well as represent it to other governmental bodies in Israel and abroad.

The prime minister, on the other hand, heads the party in power and the majority coalition. As such, it has been the practice not to have him speak at the torch-lighting ceremony, as a way of avoiding the politicization of the ceremonies.

This year, in particular, with PM Netanyahu embroiled in intense controversy, that would be a concern.