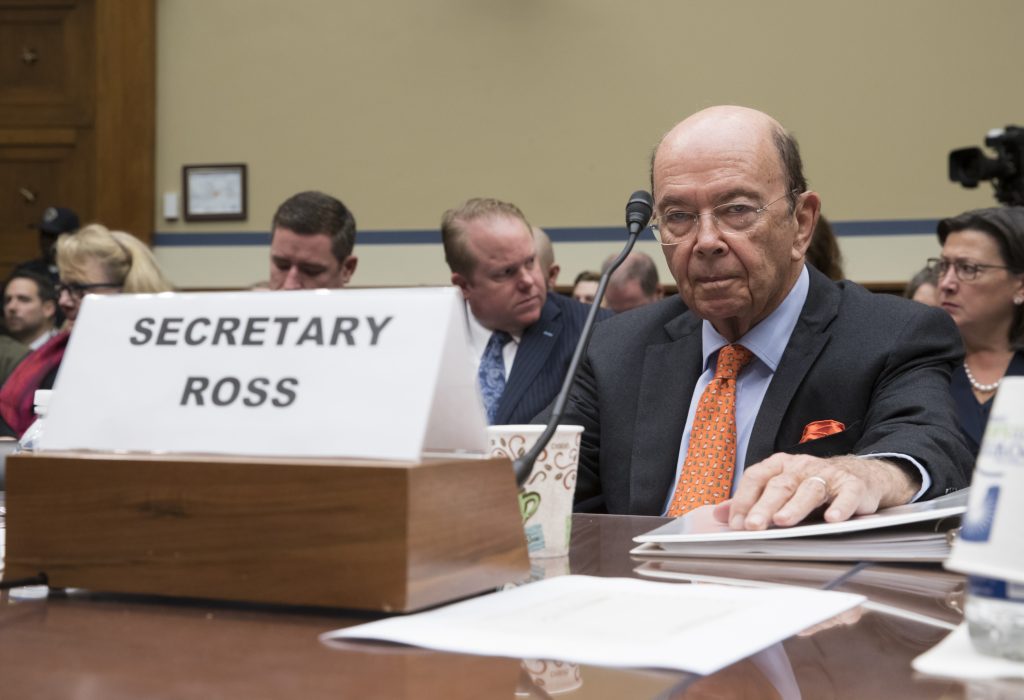 The 2020 U.S. Census will include a question about citizenship status, a move that brought swift condemnation from Democrats, who said it would intimidate immigrants and discouraging them from responding.

The population count taken every 10 years is more than an academic exercise. It is required by the Constitution and is used to determine the number of seats each state has in the House as well as how federal funds are distributed to local communities. It helps communities determine where to build everything from schools and grocery stores to hospitals.

A coalition of state attorneys general urged the department last month to not add such a question, saying it could lower participation among immigrants and cause a population undercount.

California Attorney General Xavier Becerra said the state will sue the Trump administration over its decision.

“We’re prepared to do what we must to protect California from a deficient census,” he said. “Including a citizenship question on the 2020 census is not just a bad idea — it is illegal.”

House Democratic leader Nancy Pelosi said Tuesday that adding such a question “will inject fear and distrust into vulnerable communities and cause traditionally undercounted communities to be even further underrepresented, financially excluded and left behind.”

The Commerce Department said in a press release Monday that citizenship data will help the Justice Department enforce the Voting Rights Act, which protects minority voting rights. It said that between 1820 and 1950, almost every decennial census had asked a question on citizenship in some form.