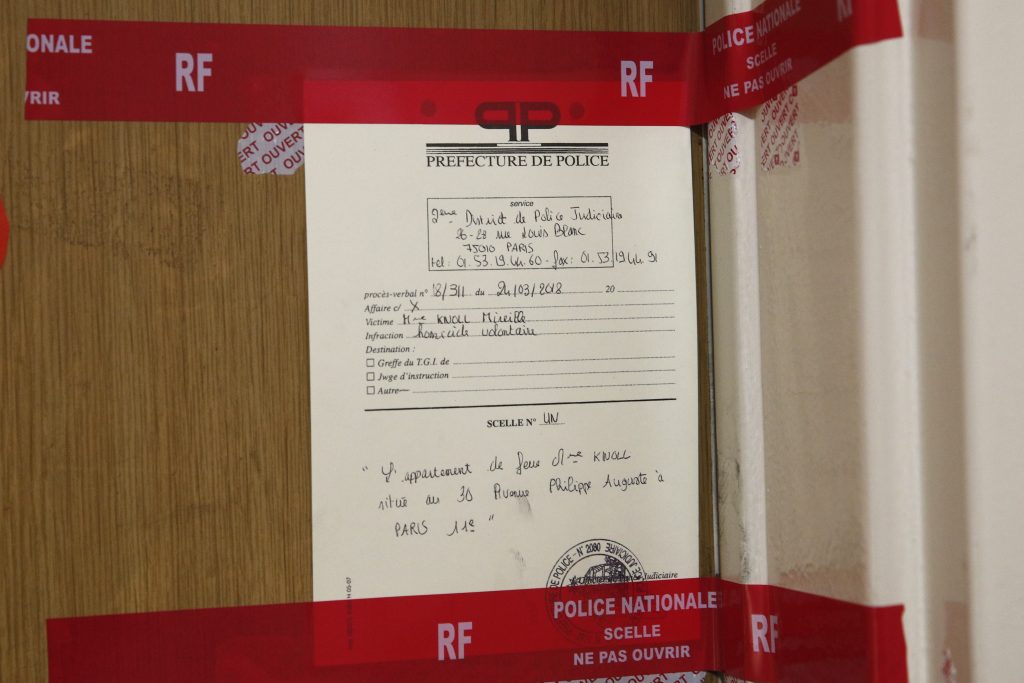 French leaders and activists called for people to take to the streets to protest after prosecutors filed preliminary charges of murder with anti-Semitic motives Tuesday in the death of an elderly Jewish woman.

Mireille Knoll, 85, was killed Friday in her apartment, which was then set on fire, according to a French judicial official. Francis Kalifat, president of the Jewish group CRIF, said Knoll was stabbed 11 times.

Two Muslim men have been jailed in the case. They face preliminary charges of robbery, damaging property, and murder with anti-Semitic motives, he said.

Knoll reportedly escaped a notorious World War II roundup of Paris Jews, in which police herded some 13,000 people — including more than 4,000 children — into a stadium and shipped them to the Auschwitz death camp in Nazi German-occupied Poland. Fewer than 100 survived.

Then 9, Knoll fled with her mother to Portugal, returning to France only after the end of the war.

Paris Mayor Anne Hidalgo called on “all Parisians” to join a silent march Wednesday in memory of Knoll. Politicians across the political spectrum promised to attend.

French President Emmanuel Macron tweeted that Knoll’s death was a “horrific crime,” and reaffirmed his “absolute determination to fight against anti-Semitism.”

CRIF compared the killing to that of Sarah Halimi, a teacher who was beaten and thrown from her balcony last April. That murder was reclassified as anti-Semitic last month. The suspect, a Muslim man, is in a psychiatric hospital.

France’s government presented a plan this month to fight racism and anti-Semitism, focusing on social media and prevention in schools. It also wants to change French law to force internet platforms to detect and remove illegal content.

Anti-Semitic violence increased by 26 percent in 2017 compared with the previous year, and criminal damage to Jewish places of worship and burial increased by 22 percent.