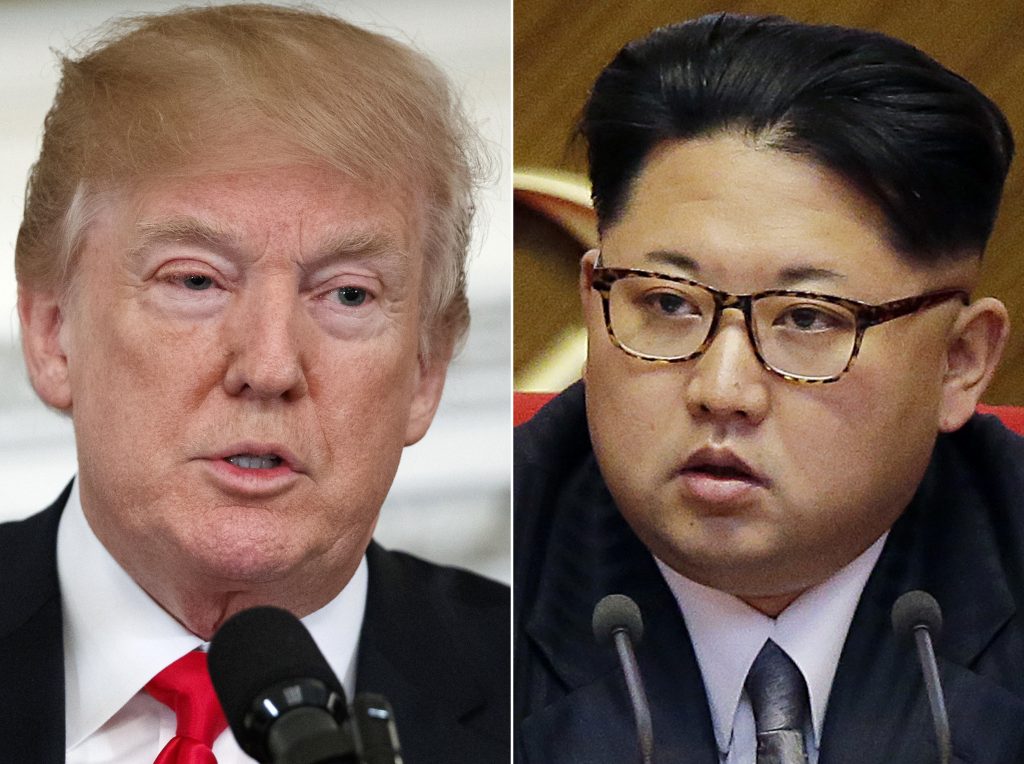 Americans appear open to President Donald Trump’s surprise decision to negotiate directly with North Korean leader Kim Jong Un, and at the same time are less concerned than in recent months by the threat posed by the pariah nation’s nuclear weapons.

That’s according to a new poll from The Associated Press-NORC Center for Public Affairs Research, taken after Trump agreed to what would be  an unprecedented meeting between a U.S. and a North Korean leader.

North Korea has yet to publicly confirm plans for the summit, slated for May, but the poll results suggest its potential has eased fears of war that intensified last year as the North made rapid strides in its nuclear and missile capabilities.

The poll found that 29 percent oppose the plans for talks between the two nations, while 21 percent say they’re neither in favor nor opposed.

The survey also found an uptick in approval of Trump’s handling of relations with North Korea as the focus has shifted from possible U.S. military action to diplomacy. That figure is now 42 percent, up from 34 percent last October amid a coarse back-and-forth between the two leaders.

Last September, Trump dubbed Kim “Rocket Man” and threatened to “totally destroy” North Korea. Kim responded with threats and insults of his own, calling Trump “deranged” and a “dotard.” North Korea’s foreign minister suggested that it might conduct an atmospheric nuclear test in the Pacific — a threat it hasn’t followed through on.

Since then, the proportion of Americans who say they’re very or extremely concerned about the nuclear threat North Korea poses to the U.S. has dropped to 50 percent from 67 percent. It’s a decline that registered with both Republicans and Democrats. Americans also see the threat as having lessened for U.S. allies Japan and South Korea, as well as U.S. overseas territories such as Guam.

Trump agreed to talk after Kim conveyed through South Korean intermediaries an offer to discuss “denuclearization” and halt nuclear and missile tests. South Korea’s leader is due to have his own summit with Kim in April.

Americans are divided over the potential goals of U.S. discussions with North Korea. Forty-four percent say the North must completely give up its nukes, the long-standing goal of U.S. policy. Forty percent think the U.S. should consider a deal if the North agrees to make progress toward that goal.

Only 13 percent think the country shouldn’t consider a deal with North Korea at all.

Despite the general openness toward negotiations with North Korea, Americans have mixed views about the direction of U.S. national security. One in three say that it will get better over the next year. Similar proportions say it will get worse and stay about the same.

But there are clearer differences on partisan lines. Two-thirds of Republicans expect national security to improve, while a slightly smaller proportion of Democrats expect it to get worse in the year ahead.

Americans have largely negative views about how the U.S. is viewed around the world. Some 53 percent think respect for America will decline in the next year ahead, with just 26 percent expecting it to improve. And 48 percent think U.S. influence around the world will decline in the next year, compared with just 27 percent who believe it will get better.