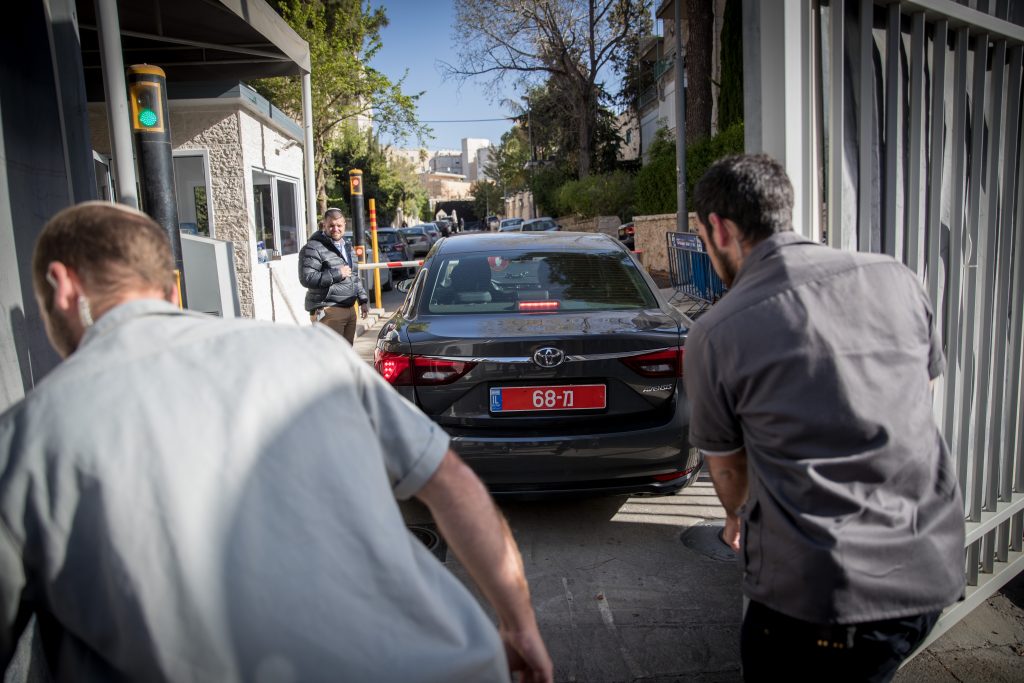 Police questioned Prime Minister Binyamin Netanyahu on Monday over his alleged dealings with Bezeq, in one of three corruption cases weighing on the leader’s political future.

It was the second time the prime minister had been questioned in the investigation. He is suspected of awarding regulatory favors to Bezeq Telecom Israel in return for favorable coverage on a news site the company’s owner controls.

Netanyahu has denied any wrongdoing and says he is the victim of a witch hunt.

Israeli media said Netanyahu’s wife and son would be questioned separately in the telecoms investigation over their relationship with Bezeq’s owner and his spouse.

A police spokesman and a lawyer for the Netanyahu family declined comment.

Bezeq has denied wrongdoing. Police have yet to make a recommendation about charges in the case.

Two former Netanyahu confidants have agreed to turn state’s witness in the case. One is Shlomo Filber, the former director general of the Communications Ministry; the other is Nir Hefetz, a former spokesman of Netanyahu.

In the two other cases in which police have already recommended that Netanyahu be charged with bribery, the final decision about whether to prosecute rests with the Israeli attorney general. That decision could be months away.

In the first investigation, known as Case 1000, he is suspected of bribery over gifts from wealthy businessmen, which police say were worth nearly $300,000.

The other, Case 2000, involves an alleged plot to win positive coverage in Israel’s biggest newspaper by offering to take measures to curtail the circulation of a rival daily.

So far, partners in Netanyahu’s governing coalition have stood by him, saying they are awaiting the attorney general’s next moves. Political analysts say such support may erode if the investigations against Netanyahu intensify.

Netanyahu could also call a snap election to try to stall legal proceedings during the campaign and rally his right-wing power base behind him. Recent polls show Netanyahu’s Likud ahead of other factions in the Knesset.