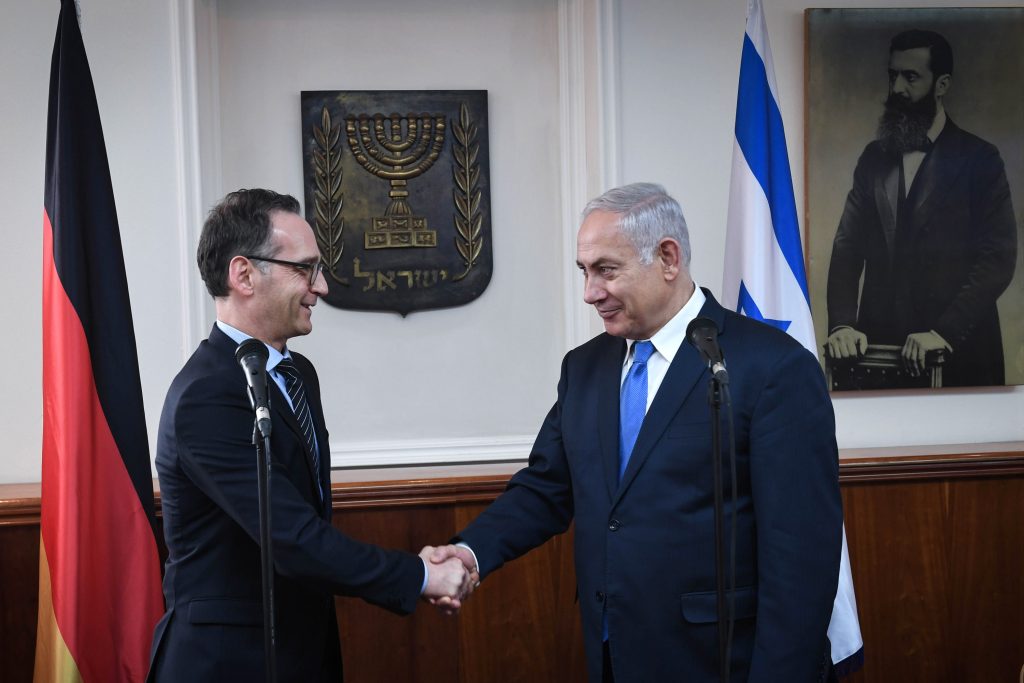 Which way U.S. President Donald Trump will go on the Iran nuclear deal was a leading item on the agenda during conversations Israeli Prime Minister Binyamin Netanyahu held with the foreign ministers of Germany and France on Monday.

When German Foreign Minister Heiko Maas told Netanyahu that Germany thinks having a deal is better than the alternative, Netanyahu replied: “The Munich agreement from 1938 was also a deal,” according to Channel 10 on Monday evening.

Netanyahu also reportedly told the foreign ministers the U.S. would likely withdraw from the agreement.

Before meeting French Foreign Minister Yves-Jean Le Drian, Netanyahu said France and Israel need to stand together when fighting terrorists, as well as when fighting “terror-sponsoring regime wherever they are,” referring to Iran.

Though Israel is not involved directly in the talks about revising the Iran deal, The Jerusalem Post said that “it is, according to diplomatic officials, being kept very much abreast of the developments.”