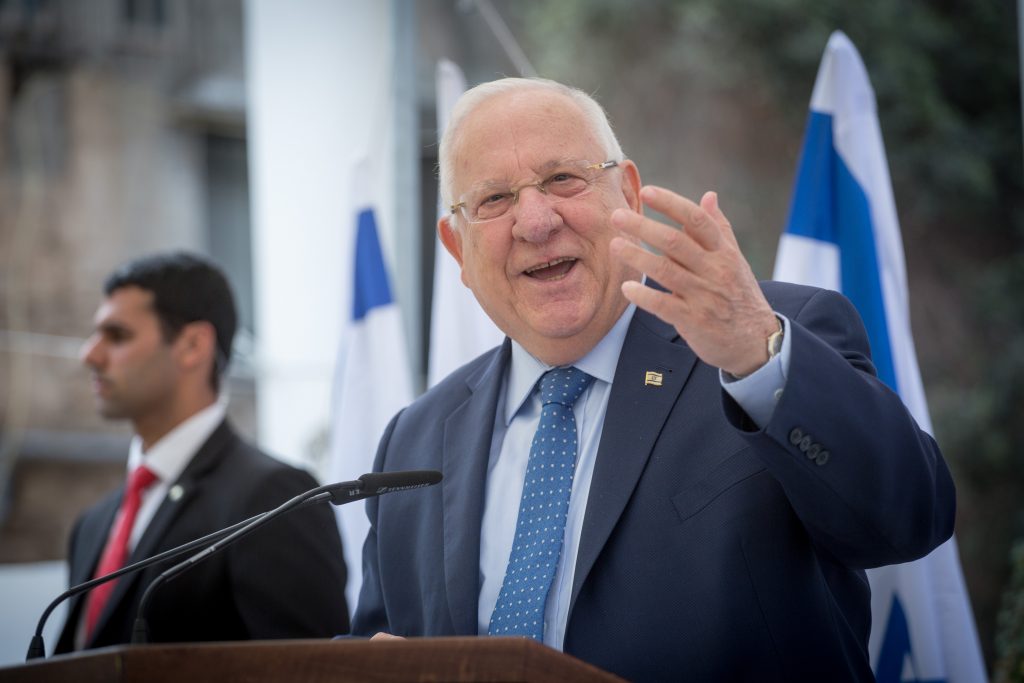 President Reuven Rivlin and Justice Minister Ayelet Shaked announced on Monday a broadening of the state’s policy of pardons to mark the 70th year of independence.

The measure, presented at a special ceremony in the President’s Residence on Monday, will offer shortened prison terms for persons not convicted of serious crimes and are incarcerated under mitigating circumstances, including:

Prisoners who have served at least a third of their sentence, who suffer from a serious disease, who have severe disabilities, over the age of 70, whose children are being taken care of by someone who isn’t a parent due to the prison sentence, who were abused by the victim of the offense, who are serving a sentence instead of paying a fine, or who are serving out a first sentence that is less than two years.

Pardons will also be contingent on suitable expression of remorse in the prisoner’s petition for early release.

“I would like to see in the seventieth year of the State of Israel the opportunity to extend a long hand, a helping hand, an opportunity to stop, to look and see those who we may not routinely see,” Pres. Rivlin said.

Shaked said the 70th year of independence presents an opportunity to include those who have not acted according to the law in the past:

“I hope that the gesture by the state to those criminals will help in their rehabilitation and return to the path of law and honesty.”

The justice minister noted that she appointed a committee to examine applications for special pardons, but this does not herald a change in the rules.

“The rules are the same as they were 30 years ago,” but their application will take the aforementioned mitigating factors more into account than has been the case until now.

Regarding fines, a pardon will be considered for those over the age of 75, and those who are under guardianship, but only after exhausting all procedures at the Center for the Collection of Fines. Consideration will be given to the severity of the crime, the size of the fine, and the ability to pay it, among other issues.

The option of clemency will only be open to those who are fined before the coming Independence Day on April 18, and who file for a pardon between April 20 and October 14.

As a rule, pardons will not be given to prisoners convicted of murder or manslaughter, security offenses, and offenses that fall under the jurisdiction of the Military Court.