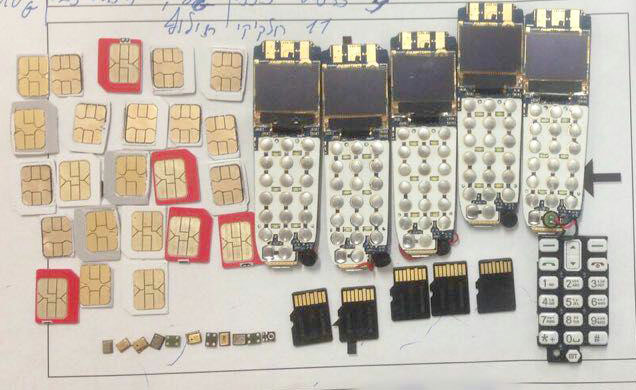 The Prisons Service on Monday interdicted a shipment of five smart devices, 23 SIM cards, and spare parts for phones that were being smuggled into Ofer Prison. The shipment was being made to a prisoner who joined the ranks of the imprisoned just last weekend. The prisoner raised the suspicions of security officials by his behavior, and they kept a close eye on him.

The equipment was hidden inside a package that was supposed to have personal supplies for the prisoner. After the items were discovered, the prisoner was taken to solitary confinement. This is not the first time terror groups have attempted to smuggle phones and other banned items into prisons. In some circumstances, prisoners have gotten themselves arrested on purpose in order to smuggle cellular devices into prisons, and officials are investigating if that is what happened in this case. Ofer Prison is a top-security facility, used by security officials to imprison top terrorists.

Earlier Monday, it was announced that security officials at a checkpoint in Shomron last week seized a large shipment of engine parts and other car parts that were being moved from an Arab village near Hawara, outside Shechem, and were destined for Haifa Port. The parts had been “harvested” from Israeli vehicles stolen by Palestinian Authority Arabs. The bill of lading of the vehicle carrying the parts claimed that the contents of the truck was “scrap metal.” The shipment was confiscated, and the driver of the truck and another individual were arrested.