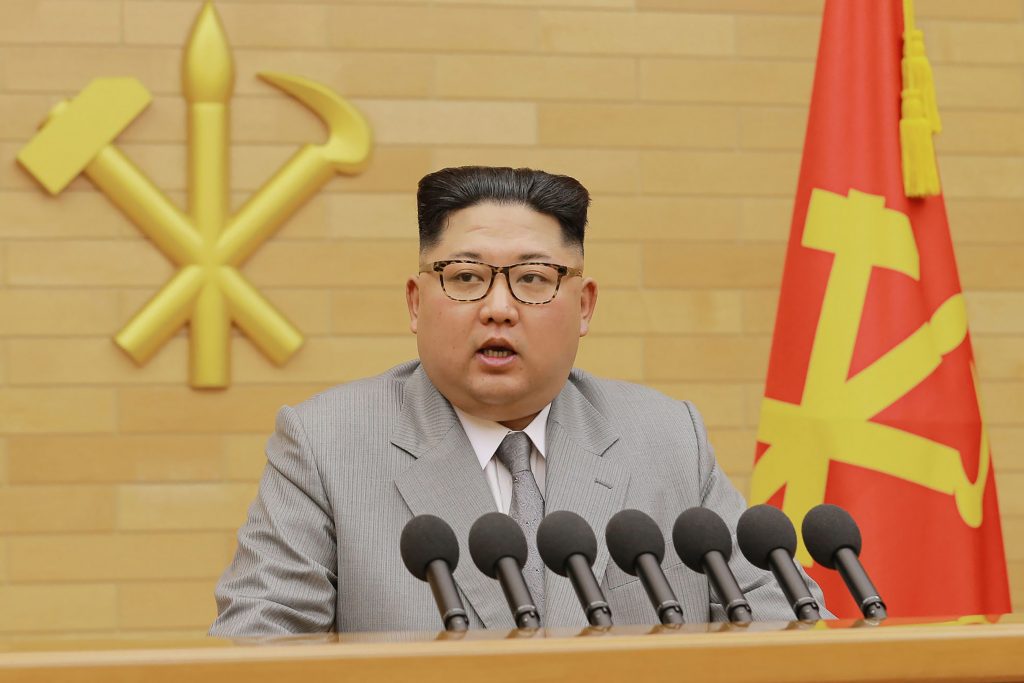 Kim Jong Un has made a surprise visit to Beijing on his first known trip outside North Korea since taking power in 2011, three people with knowledge of the visit said.

Further details of the visit, including how long Kim would stay and whom he would meet, were not immediately available. The people asked not to be identified because of the sensitivity of the information.

A special train may have carried Kim through the northeastern Chinese border city of Dandong, Japan’s Kyodo News reported earlier. Nippon TV showed footage of a train arriving Monday in Beijing that looked similar to one used by Kim’s father, Kim Jong Il, to visit the Chinese capital shortly before his death in 2011.

The unannounced move follows U.S. President Donald Trump’s decision this month to grant an unprecedented meeting to Kim, after South Korean officials said Kim was willing to discuss giving up his nuclear-weapons program. Diplomats from the U.S., North Korea and its neighbors have since been shuttling across the globe to prepare for the summit.

Kim was expected to first meet South Korean President Moon Jae-in near their shared border next month, in a prelude to the potential summit with Trump.

Ties between China and North Korea – neighbors and allies during the Cold War – have been strained as China backed progressive rounds of United Nations sanctions against the country’s weapons program.