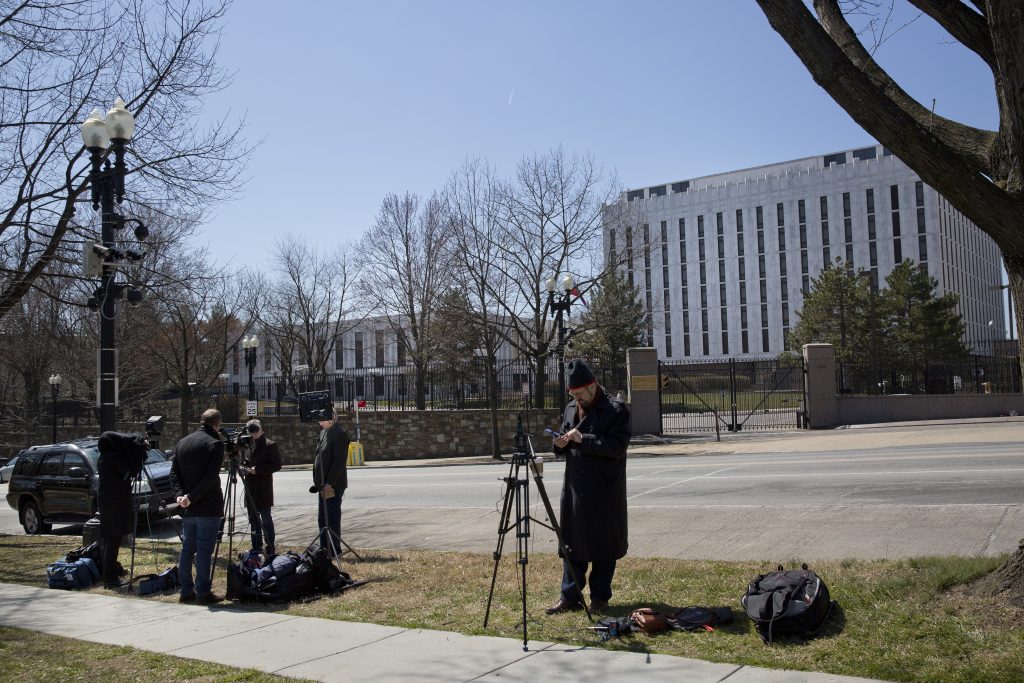 Israel continued to steer clear of the diplomatic storm over alleged Russian espionage activities, even as several of its allies said they will expel Russian diplomats thought to be spies.

The United Kingdom, the United States, Canada, Germany, France and other Western countries announced their intention on Monday to send home the Russian officials, about 100 in all, in response to Moscow’s alleged involvement in a nerve gas attack in the U.K.

However, the Israeli Foreign Ministry refused to comment on whether any similar action is planned for Russian diplomats in Israel. The Russian Embassy in Tel Aviv, however, told The Times of Israel that Israel has not expelled any Russian diplomats.

Israel has tread carefully in the matter, cognizant of Moscow’s sensitivities and its key role in security matters involving Syria and Iran.

While Britain expressed dissatisfaction with a statement issued by Israel condemning the nerve gas attack but without naming Russia, the latter, in a notable switch, took Israel’s side.

The Russian Embassy in Tel Aviv on March 16 expressed concern about “attempts undertaken by the government of the United Kingdom and supported by some other foreign nations and a number of media outlets, to draw Israel into a political and propagandistic campaign.”