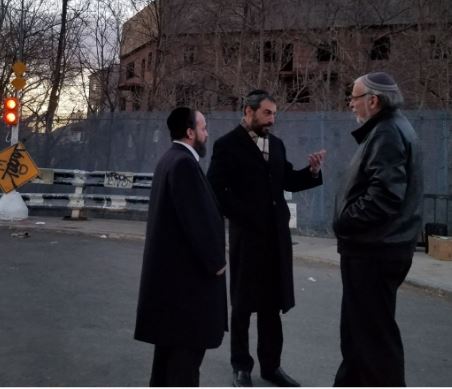 Assemblyman Dov Hikind is calling for a bridge to be erected connecting Boro Park’s 18th and 19th avenues in order to alleviate traffic congestion.

Hikind, a Midwood Democrat, says he asked the New York City Department of Transportation to perform a feasibility study in the hope of erecting a bridge along 51st Street. He said that traffic will increase “dramatically” as the result of a new development being built directly off 50th Street, between 19th Avenue and Dahill Road.

“Fifty-First Street dead-ends between 18th and 19th Avenues — this has always created a bottleneck of traffic,” Hikind explained in a letter to Polly Trottenberg, the city’s transportation commissioner. “The new development will effectively quadruple local traffic once people move in. A bridge would make all the difference.”

A spokesman for the mayor’s office said they are looking into it.