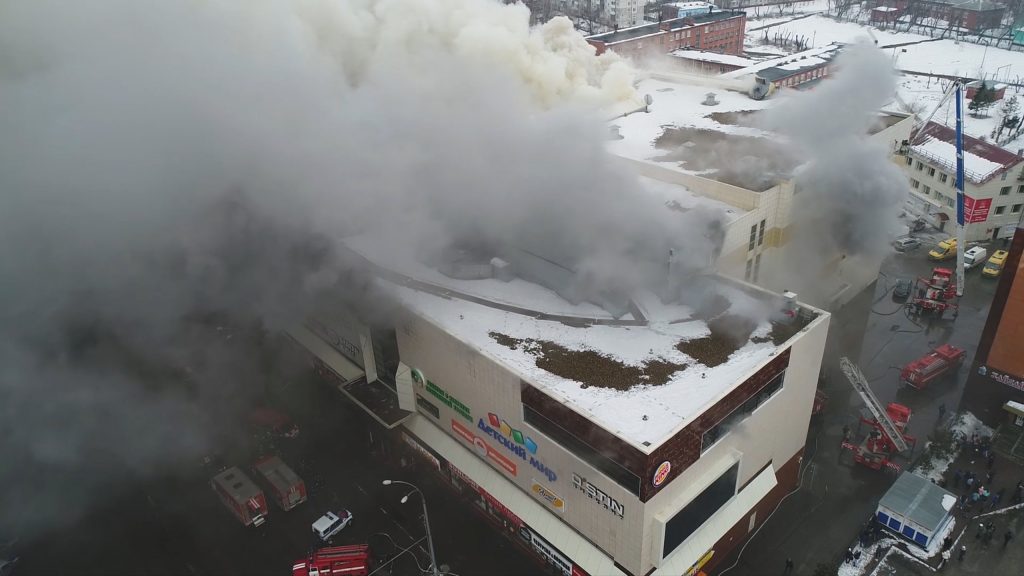 At least 60 people were killed by a fire in a shopping mall in the Siberian city of Kemerovo, Russia’s Emergency Situations Ministry said on Monday.

The fire, one of the deadliest in Russia since the breakup of the Soviet Union, swept through the upper floors of the mall where a cinema complex and children’s play area were located.

Russian emergency services said the fire, which started on Sunday afternoon, had now been extinguished but that rescuers were struggling to reach the upper floors because the roof of the building had collapsed.

More than a dozen people were still unaccounted for. People posted appeals on social media seeking news of their relatives or friends, and authorities set up a center in a school near the mall to deal with inquiries from people seeking missing family members.

Video footage from inside the mall after the fire broke out showed a group of people in a smoke-filled staircase trying to smash a fire exit door, which was jammed.

Russia’s Channel One station reported that some people had jumped from upper windows of the mall to escape the flames.

Russian state investigators said four people had been detained over the fire, including the owners and lessees of outlets inside the shopping mall. The Investigative Committee, which handles major crimes, said it was trying to bring in the mall’s principal owner for questioning.

Russian President Vladimir Putin, elected to a new term last weekend, spoke by telephone with the governor of the Kemerovo region and with the head of the Emergencies Ministry.

The Russian president “expressed his deep condolences to the relatives and loved ones of those who died,” the Kremlin said in a statement.