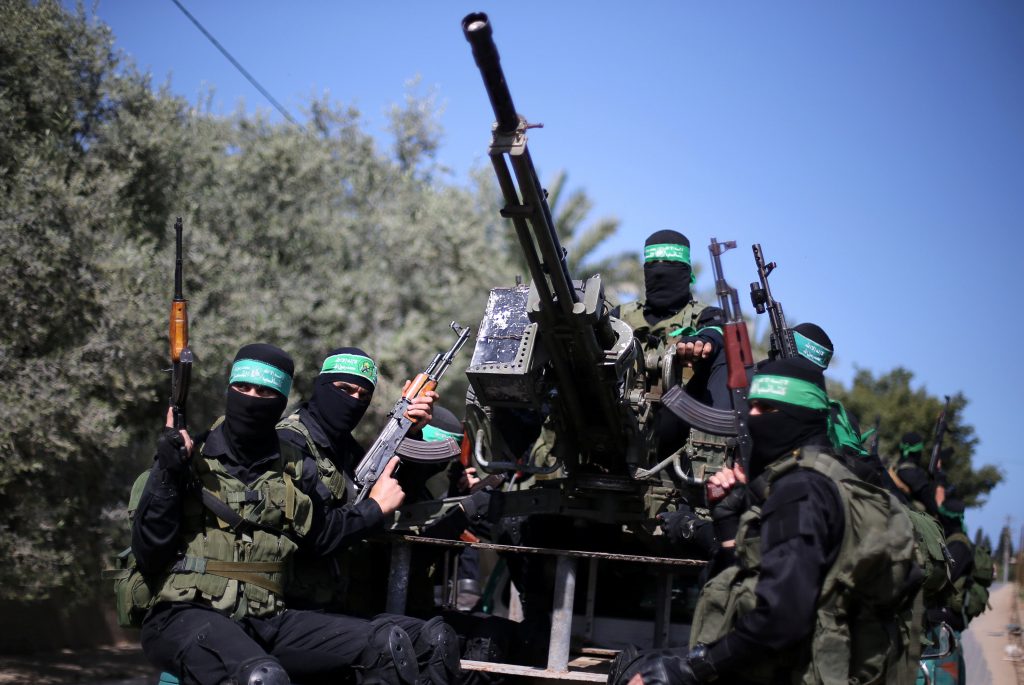 Hamas staged a large-scale military drill in Gaza on Sunday.

Hamas detonated bombs, launched missiles and fired machine guns in the streets during the 24-hour exercise.

An Israeli military spokesman afterward said that no missiles were fired at Israeli territory, and the sirens and Iron Dome missiles were triggered by machine gun fire in the Gaza Strip.

The Israeli military couldn’t confirm how many interceptor missiles were launched.

The Hamas drill comes amid tensions on Gaza’s border with Israel. The Israeli military bombed a Hamas position in the southern Gaza Strip early Sunday morning after four Palestinians broke through the border fence on Saturday and attempted to torch a military engineering vehicle.

Hamas is planning a mass protest on the Israel-Gaza border on Friday and urging Gaza residents to gather near the fence and march toward Israeli positions with the intent of crossing into the Jewish state.