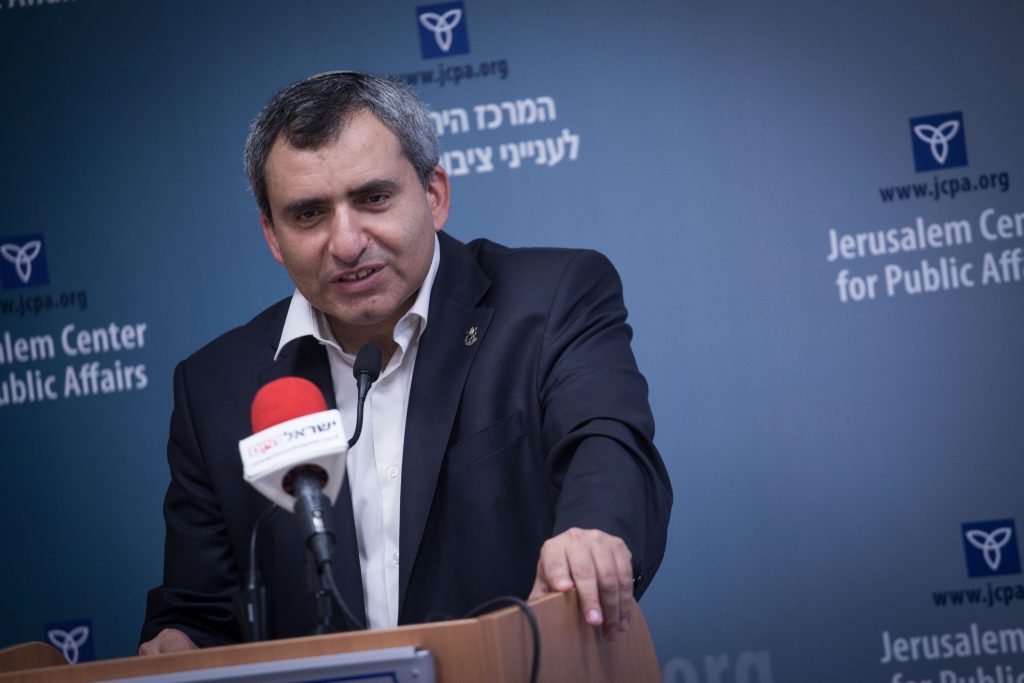 Yerushalayim and Environment Affairs Minister Zeev Elkin is considering running for mayor of Yerushalayim, Hadashot News reported Motzoei Shabbos. According to the report, Elkin has received many requests from supporters to run for office. When asked to comment, Elkin’s office said it had no comment.

Elections are set to take place in the city at the end of this year, and current Mayor Nir Barkat is expected to announce this week that he will not be seeking re-election. Barkat has been mayor of Yerushalayim for close to a decade, and media reports have said that he has decided to seek national office, probably as a Likud member.

As Barkat has not made an announcement, no potential candidates have thrown their hat into the ring yet. Last week a report said that Barkat was working with Likud MK David Amsalem, who will assist him in integrating in the party, while Amsalem would run for mayor with the backing of Barkat.