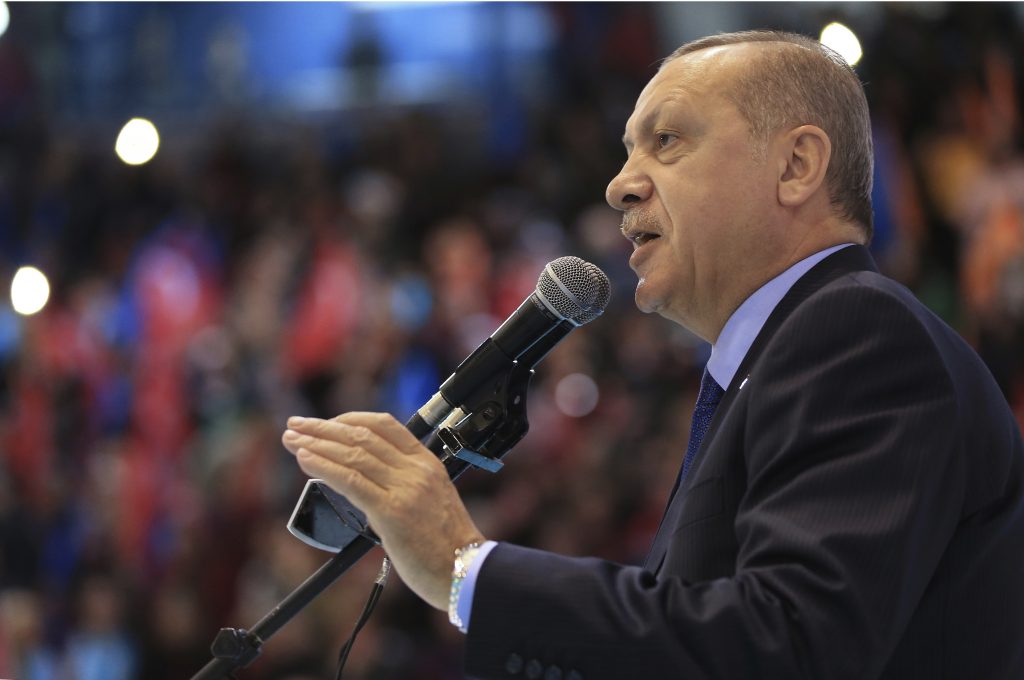 Turkey’s president has announced the country is conducting operations in northern Iraq against Kurdish rebels it deems “terrorists.”

Recep Tayyip Erdogan on Sunday said “operations” have begun in Sinjar to clear the mountainous area of Kurdistan Workers’ Party, or PKK, fighters.

Pres. Erdogan later said that if the PKK does not vacate Sinjar and Qandil, where it has its headquarters, “it would be inevitable for us to do so personally.”

PKK fighters moved into Sinjar in 2015 to combat the Islamic State terrorist group, but announced their withdrawal this week. It is unclear how many remain in the area.

The PKK has led an insurgency in Turkey for more than three decades. The Turkish military has been bombing suspected PKK camps in northern Iraq since 2015, after a cease-fire collapsed.