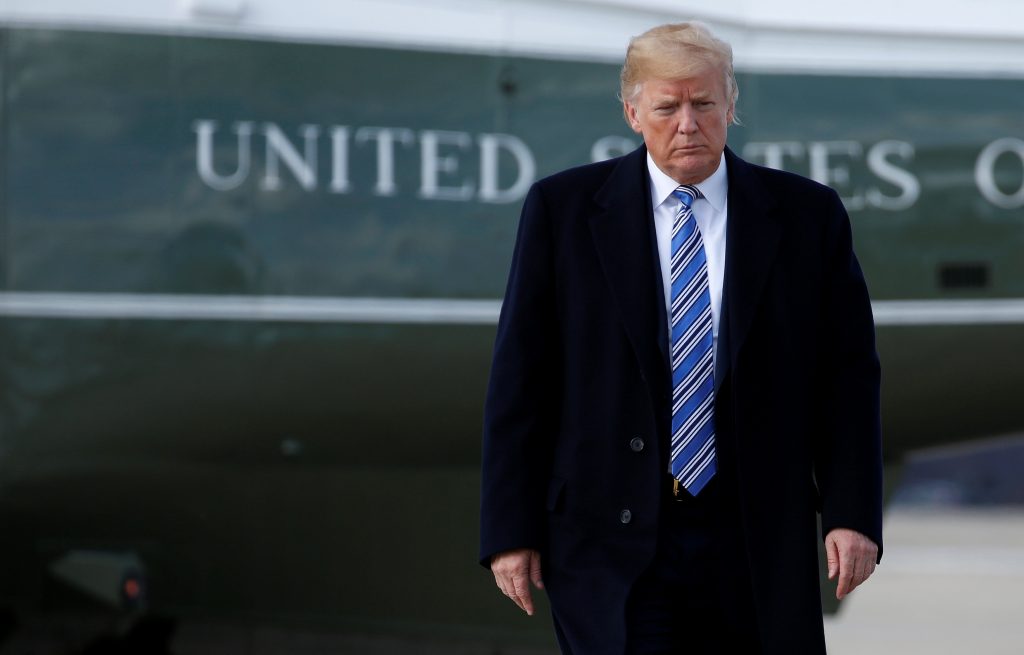 U.S. and European officials said Saturday that President Donald Trump is close to expelling 20 or more Russian diplomats in response to the poisoning of a former Russian spy in Britain.

The move, which could prompt a new wave of retaliatory expulsions of U.S. diplomats in Russia, may come as early as Monday. But U.S. officials are still seeking clarity on how major European powers are responding to the nerve-agent attack, which critically injured a former spy, Sergei Skripal, and his daughter Yulia.

State Department spokeswoman Heather Nauert said in a statement that the United States is considering a “range of options to respond to Russia’s outrageous actions in the UK, both to demonstrate our solidarity with our ally and to hold Russia accountable for its clear breach of international norms and agreements.”

She declined to say what those options could be or when they might come into force.

The leaked proposal to expel Russian diplomats, first reported by CNN, raised questions about whether people inside the U.S. government disclosed the pending action to force the president’s hand in taking tough action against Moscow. The proposal was advanced by the president’s advisers during meetings on Wednesday and Friday, the officials said.

A senior European diplomat said the United States has been considering the expulsion of 20 or more Russian diplomats in solidarity with Britain. The decision rests with the White House, the official said, but close allies have urged the Trump administration to take the symbolic but dramatic step as a signal that the assassination attempt was a test of Western resolve that must be answered, the diplomat said.

Officials, including two senior White House officials, spoke on the condition of anonymity to describe a sensitive decision that hadn’t been finalized.

Republicans and Democrats in Congress have pressed the White House to move more aggressively against Russia in the wake of its alleged interference in the 2016 election. In August, lawmakers passed legislation limiting the president’s ability to lift sanctions imposed on Russia in response to its military intervention in Ukraine.

Since coming to power, the Trump administration has taken action against Moscow, closing its consulate in San Francisco and approving lethal aid to Ukraine in its battle with pro-Russian separatists, a move the Obama administration opposed.

Earlier this month, the administration imposed fresh sanctions on Russian government hackers and spy agencies for interfering in the 2016 election and for a global cyberattack that officials have described as the most destructive and costly in history.

Trump, however, has refrained from criticizing Russian President Vladimir Putin, including in a phone call last week after Russia’s disputed presidential elections.

In advance of the call, the president’s staff included a section in his briefing materials in all-capital letters stating “DO NOT CONGRATULATE” and recommending that he raise the poisoning of the former Russian spy. The president chose to congratulate Putin and did not raise the poisoning incident, U.S. officials confirmed.

A number of European countries – close to 20 – are expected to expel Russian officials and take other measures as early as Monday. The countries include the Baltic nations of Latvia, Lithuania and Estonia, as well as Sweden, Poland, Denmark, the Czech Republic, France and the Netherlands.

“It’s a big test for the U.K., especially in the post-Brexit context, to see how many real allies they have,” said a European official, who spoke on the condition of anonymity because he was not authorized to talk on the record.