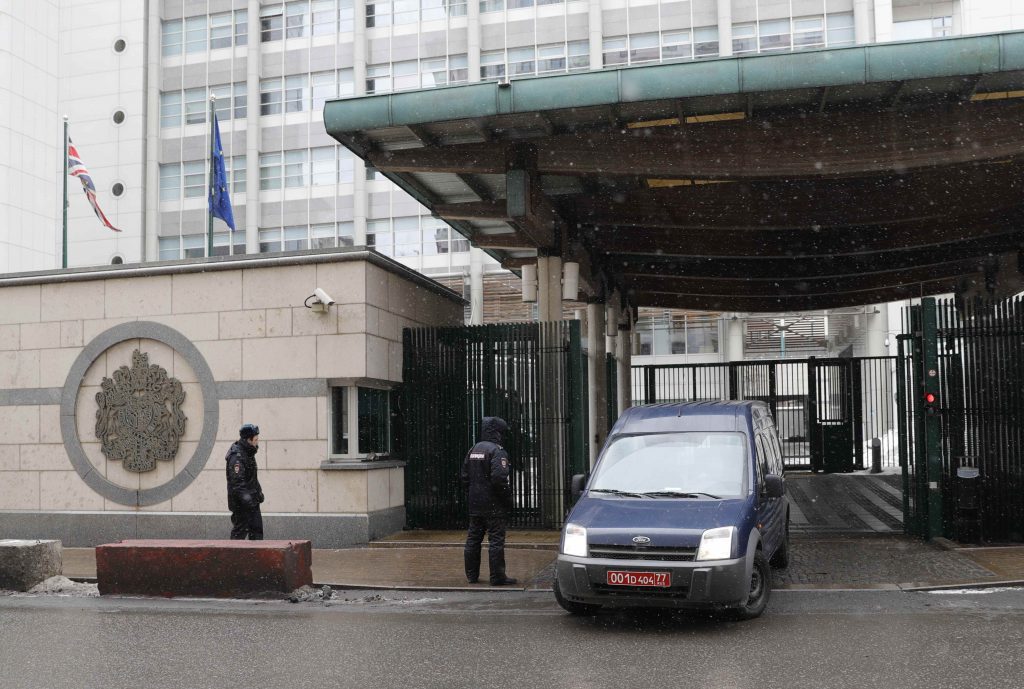 A military-grade nerve toxin attack on former Russian double agent Sergei Skripal and his daughter may have left them with compromised mental capacity and it is unclear whether they will recover, a British judge said on Thursday.

Britain has said Russia used a Soviet-era chemical weapon called Novichok to attack Skripal and his daughter Yulia in the first known offensive use of such a weapon on European soil since World War II. Russia has denied any involvement.

In a boost to Prime Minister Theresa May, European Union leaders agreed with Britain’s assessment “that it is highly likely that the Russian Federation is responsible and that there is no plausible alternative explanation.”

A London court gave permission for blood samples to be taken from the Skripals for examination by chemical weapons inspectors to confirm the conclusion of Britain’s Porton Down military research laboratory.

An unidentified doctor who is treating the Skripals said they were both heavily sedated and unable to communicate, and that it was not possible to assess when or to what extent either may regain mental capacity, according to the court’s ruling.

“The precise effect of their exposure on their long-term health remains unclear, albeit medical tests indicate that their mental capacity might be compromised to an unknown and so far unascertained degree,” Judge David Williams said in his ruling.

Skripal, once a colonel in Russia’s GRU military intelligence service, and his 33-year-old daughter were found slumped unconscious on a bench outside a shopping centre in the southern English city of Salisbury on March 4.

They were both in a physically stable condition and were being treated “on the basis they would wish to be kept alive,” the doctor said, according to Williams’s ruling at the London’s Court of Protection, which makes decisions about the welfare of people who are unable to do so themselves.

Williams said the application to take the samples had been made urgently on Tuesday. Both Skripal and his daughter were critical but stable, although he added: “It is not inconceivable that their condition could rapidly deteriorate.”

Judge Williams said an unidentified analyst from Porton Down had given evidence that blood samples taken from the Skripals indicated exposure to a nerve agent. “The samples tested positive for the presence of a Novichok class nerve agent or closely related agent,” his ruling said.

A policeman who fell ill after helping the Skripals was released from hospital on Thursday after more than two weeks of treatment, officials said.

Britain won a show of support from other European states, potentially opening the way for further action against Russia after May used an EU summit to urge the region to show a united front against the challenge Moscow presented.

“We stand in unqualified solidarity with the United Kingdom in the face of this grave challenge to our shared security,” the EU leaders said in a joint statement.

In the worst crisis between London and Moscow since the Cold War, Prime Minsiter May has expelled 23 Russian diplomats who she says were spies. Russia has ordered out 23 British diplomats. Lithuanian President Dalia Grybauskaite said she was already considering expelling Russian spies from her territory.

But Russia was defiant. Its ambassador to London, Vladimir Yakovenko, said on Thursday that, had Novichok been used, the Skripals would have died.