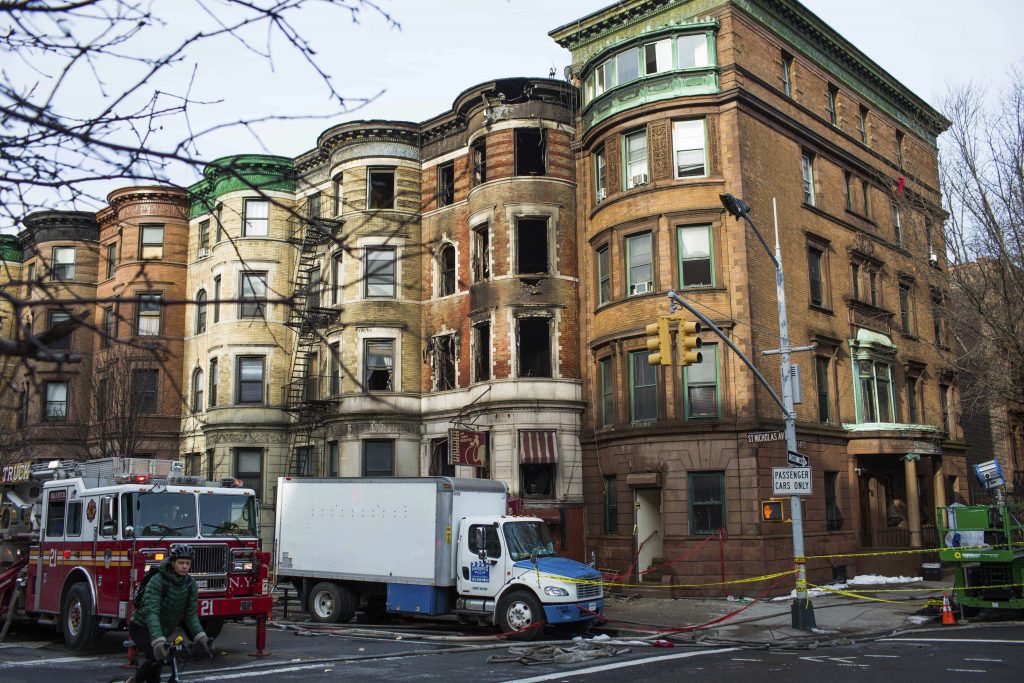 A New York City firefighter died early Friday after he became separated from his unit as they battled a fierce, smoky blaze that broke out in the cellar of a former Harlem club being used as a film set.

The fire started as the film crew was nearing the end of its working day at 11 p.m. Thursday. Flames poured out of the windows as firefighters stormed into the five-story building, dumping water on the blaze to get it under control.

Firefighter Michael R. Davidson of Engine Company 69 was assigned to the nozzle on the lead hose-line and pushed into the burning basement. But the blaze was too much and they had to back out, and Davidson was lost from his colleagues. Firefighters searched desperately for him, and when he was found he was unconscious after suffering severe smoke inhalation, Fire Commissioner Daniel Nigro said. Davidson was pronounced dead at a hospital shortly after midnight.

“Our department and our entire city mourn this tragic loss of a very brave firefighter,” Nigro said.

“This is an awful night,” Eric Philips, a spokesman for Mayor Bill de Blasio, said in a tweet. “You haven’t heard a scream until you’ve heard the scream of a mother who’s seen her son give his life to protect us.”

The cause of the five-alarm fire was under investigation. The building, built in 1920, is a landmark and was home to a venerable bar that was closed in 2011.

Two other firefighters suffered burns and were in serious condition, and three others were injured, Nigro said.

“We watched firsthand with astonishment as they charged into the smoke to make sure all were safely out and then fought to contain the blaze and prevent it from spreading, putting their lives on the line as they do every day,” the statement read.

Davidson, the son of retired firefighter Robert Davidson, had been a firefighter about 15 years and had been cited four times for his bravery on the job. He leaves behind a wife, Eileen, and four children – daughters aged 7, 3 and 1, and a 6-year-old son.