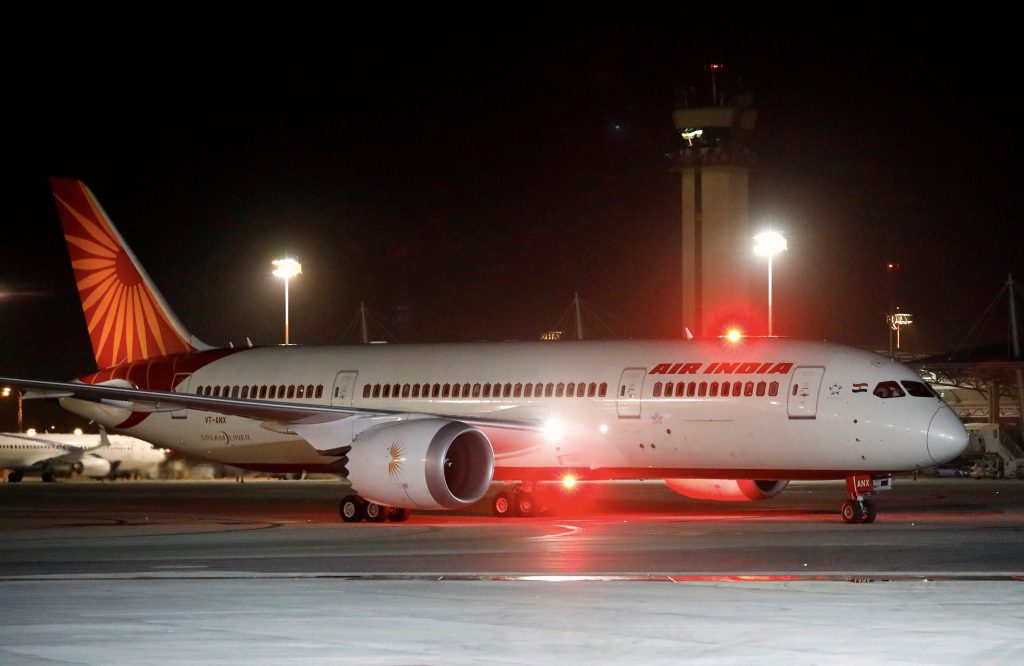 Air India flight 139 from New Delhi landed at Ben Gurion Airport on Thursday night – and the importance of the event was emphasized by the fact that two ministers came out onto the tarmac to greet it. The reason for the special attention of Tourism Minister Yariv Levin and Transportation Minister Yisrael Katz was the fact that the Air India flight was the first ever to fly into Israel with a route that passed over Saudi Arabia.

Accompanying the ministers were officials in the Tourism and Transportation Ministries, as well as officials from the Indian Embassy in Tel Aviv. The crew for the return flight – set to take off Friday – arrived in Israel earlier this week, and toured Yerushalayim and Tel Aviv. The captain of that flight, Adiyatia Jananpuli, told Maariv that he had been flying for over 30 years, but was very excited to fly the Tel Aviv-New Delhi route. “Israel is a beautiful country, and we expect to carry many people in both directions,” he said.

Speaking at the airport, Katz said that “we are celebrating the growing closer ties between Israel and India, and our first civilian connection with Saudi Arabia and the Gulf states. When we entered into Open Skies agreements with European countries to increase the number of flights between Israel and that continent, we never dreamed that we would have any such policies with Arab countries, but here we see the landing of the New Delhi flight. Our next important step in this process will be the establishment of the ‘rails of peace’ project, which will connect Haifa port with Jordan, Saudi Arabia, and the Gulf states. This will be a great boon for the region, and for the economy of Israel.”

Levin said that “I am happy that the great efforts we put into making this happen with Air India over the past two years is paying off. The new route will increase the number of tourists from India, which has been growing significantly. The opening of this route is the latest example of the impact of the marketing policies of the Tourism Ministry, which has brought tourism to Israel to an all-time high.” Tourism to Israel hit an all-time high in 2017, reaching 3.6 million tourists and earning the country over NIS 20 billion – a 25-percent increase over the 2016 numbers.