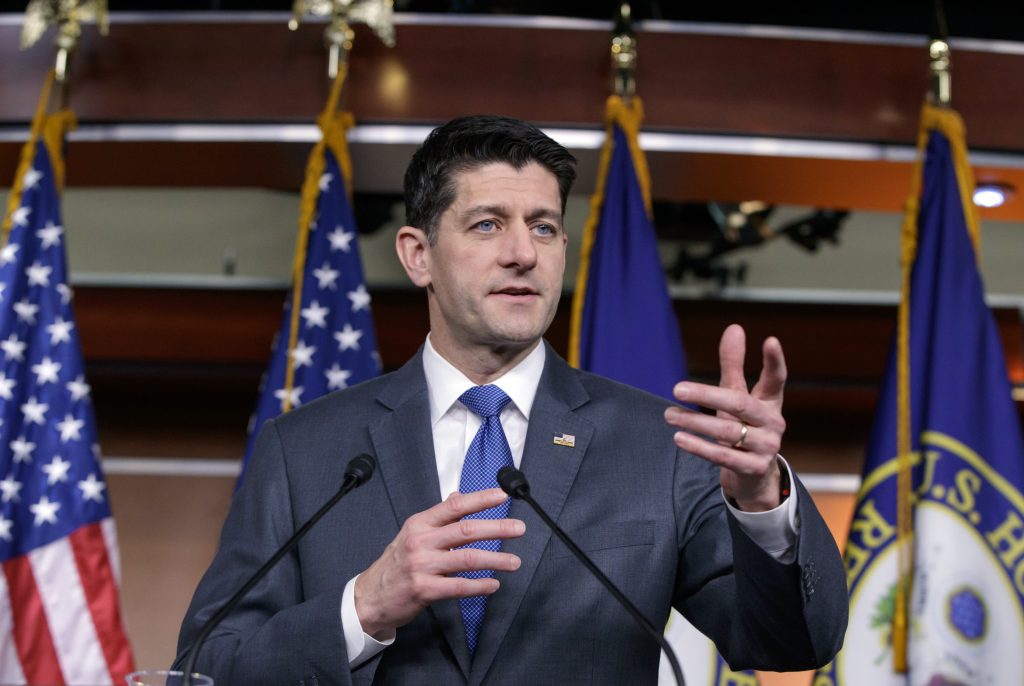 Congress gave final approval Friday to a giant $1.3 trillion spending bill that ends the budget battles for now, but only after late scuffles and conservatives’ objections to big outlays on Democratic priorities at a time when Republicans control the House, Senate and White House.

Senate passage shortly after midnight averted a third federal shutdown this year, an outcome both parties wanted to avoid. But in crafting a sweeping deal that busts budget caps, they’ve stirred conservative opposition and set the contours for the next funding fight ahead of the midterm elections.

The House easily approved the measure Thursday, 256-167, a bipartisan tally that underscored the popularity of the compromise, which funds the government through September. It beefs up military and domestic programs, delivering federal funds to every corner of the country.

But action stalled in the Senate, as conservatives ran the clock in protest. Then, an unusual glitch arose when Sen. James Risch, R-Idaho, wanted to remove a provision to rename a forest in his home state after the late Cecil Andrus, a four-term Democratic governor.

At one point, Sen. Bob Corker, R-Tenn., stepped forward to declare the entire late-night scene “ridiculous. It’s juvenile.” In the end, Risch lost. But the fight contributed to late-night delays before passage of the massive spending package,

Once the opponents relented, the Senate began voting, clearing the package by a 65-32 vote a full day before Friday’s midnight deadline to fund the government.

The omnibus spending bill was supposed to be an antidote to the stopgap measures Congress has been forced to pass — five in this fiscal year alone — to keep government temporarily running amid partisan fiscal disputes.

But the result has been unimaginable to many Republicans after campaigning on spending restraints and balanced budgets. Along with the recent GOP tax cuts law, the bill that stood a foot tall at some lawmakers’ desks ushers in the return of $1 trillion deficits.

Trump only reluctantly backed the bill he would have to sign, according to Republican lawmakers and aides, who acknowledged that the deal involved necessary trade-offs for the Democratic votes that were needed for passage despite their majority lock on Congress.

White House legislative director Marc Short framed it as a compromise. “I can’t sit here and tell you and your viewers that we love everything in the bill,” he said on Fox. “But we think that we got many of our priorities funded.”

Trying to smooth over differences, Republican leaders focused on military increases that were once core to the party’s brand as guardians of national security.

“Vote yes for our military. Vote yes for the safety and the security of this country,” said House Speaker Paul Ryan, R-Wis., ahead of voting.

But even that remained a hard sell. In all, 90 House Republicans, including many from the conservative House Freedom Caucus, voted against the bill, as did two dozen Republicans in the Senate.

It was a sign of the entrenched GOP divisions that have made leadership’s job controlling the majority difficult. [These divisions] will likely repeat on the next budget battle in fall.

Democrats faced their own divisions, particularly after failing to resolve the stalemate over shielding young Dreamer immigrants from deportation as Trump’s decision to end the Deferred Action for Childhood Arrivals program has left it for the courts to decide.

Instead, Trump won $1.6 billion to begin building and replacing segments of the wall along the border with Mexico. The Congressional Hispanic Caucus opposed the bill.

Also missing from the package was a renewal of federal insurance subsidies to curb premium costs on the Affordable Care Act exchanges. Trump ended some of those payments as part of his effort to scuttle President Barack Obama’s health-care law, but Republicans have joined Democrats in trying to revive them.