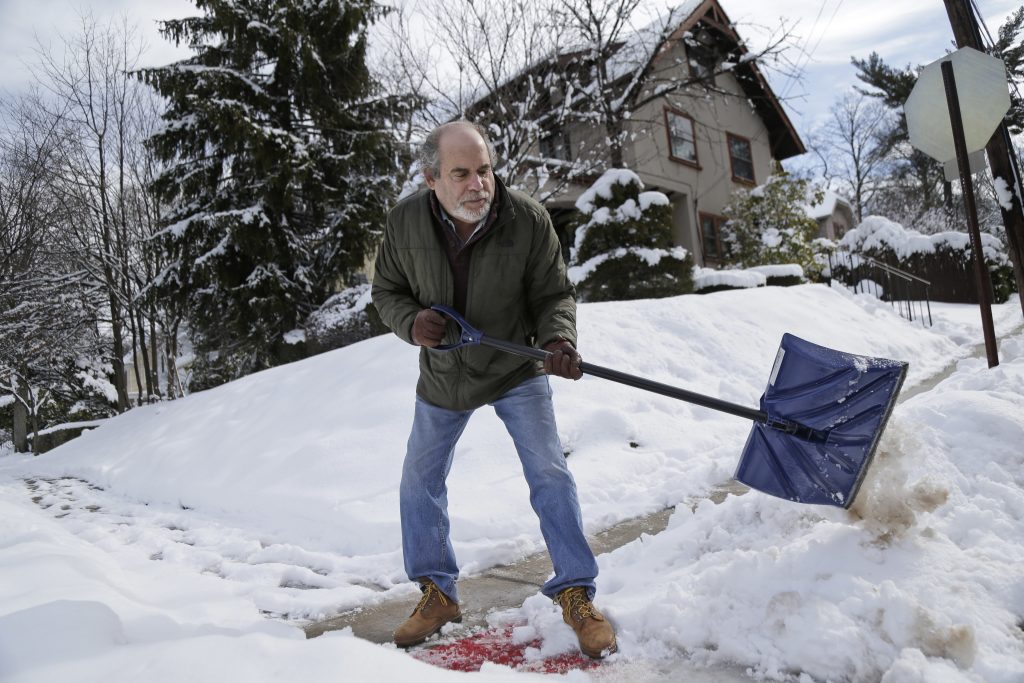 The latest nor’easter lost some punch as it rolled into New England on Thursday, as millions of people elsewhere in the Northeast dug out from the storm that dumped more than a foot of snow in some places, knocked out power to tens of thousands of customers and had many wishing for more spring-like weather.

Long Island took a hard hit, with Bay Shore and Patchogue leading the way with 19 inches of snow. While some parts of Pennsylvania saw more than a foot of snow, major cities along Interstate 95 saw much less. New York City’s Central Park recorded about 8 inches while downtown Philadelphia got 7.

The storm weakened a bit in the early hours of Thursday, and Boston expected to escape with just a few inches of snow before it tapered off Thursday afternoon. Along the Massachusetts coast, winds gusted to 40 mph, and some towns dealt with flooding.

“It’s time to move on to another season,” said Pancho Ortega, who was clearing the sidewalk outside his soon-to-open restaurant in Philadelphia.

Airlines canceled more than 4,000 flights Wednesday, but they lumbered back into service throughout the Northeast on Thursday. On the ground, Amtrak scaled back service on the Northeast corridor between Washington and Boston, and continued a modified schedule Thursday. At least two traffic deaths were reported in New Jersey and on Long Island.

In New Jersey, the state’s major utilities reported slightly more than 76,000 customers without service Thursday. Officials also were trying to determine whether the storm caused more beach erosion at the Jersey shore.

The storm also unloaded snow on Virginia and West Virginia as it pushed into the Northeast. Virginia reported more 240 traffic accidents.