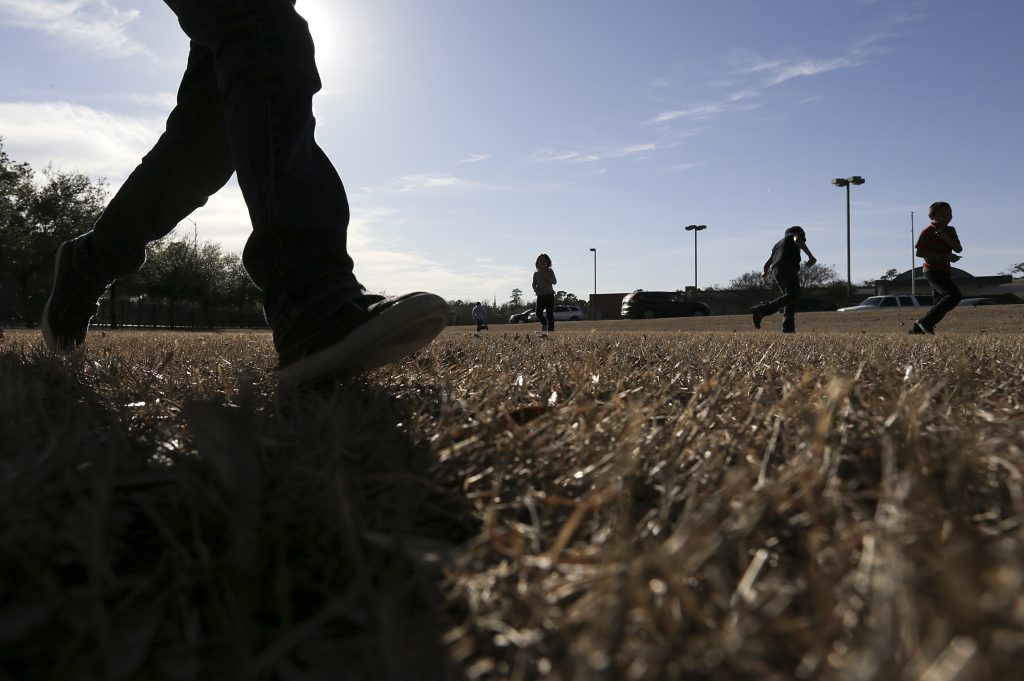 Most were never publicized. Only a few were investigated by federal regulators. State officials say they have investigated 89 incidents but have announced no enforcement actions.

Some 500 chemical plants, 10 refineries and more than 6,670 miles of intertwined oil, gas and chemical pipelines line the corridor. Nearly half a billion gallons of industrial wastewater mixed with storm water surged out of just one of these chemical plants.

The dozens of tons of chemicals unleashed — all self-reported by industry — include such proven carcinogens as benzene and vinyl chloride. Many affected plants are repeat environmental offenders.

The priority in the hurricane’s immediate aftermath was “addressing any environmental harms as quickly as possible, as opposed to making announcements about what the problem was,” Coleman said.

In hindsight, he said, it might not have been a bad idea to inform the public about the worst of “dozens of spills.”

Local officials say the state and federal government’s response to Harvey has weakened efforts by the city of Houston and surrounding Harris County to build cases against the companies and force them to follow through on cleanups.

“The public will probably never know the extent of what happened to the environment after Harvey. But the individual companies of course know,” said Rock Owens, supervising environmental attorney for Harris County, home to 4.7 million residents.

Regulators alerted the public to dangers from just two, well-publicized toxic disasters: the Arkema chemical plant northeast of Houston that exploded and burned for days, and a nearby dioxin-laden federal Superfund site whose protective cap was damaged by the raging San Jacinto River.

The chairman of the Texas Commission on Environmental Quality, Bryan Shaw, told a January legislative hearing he could not discuss those spills or possible sanctions while an after-action review is pending. The state says it has “a number of open investigations” but would not elaborate.

After Hurricane Ike hit Texas in 2008, state regulators collected 85 soil samples. More than a dozen violations were identified and cleanups carried out, according to a state review.

And after Hurricane Katrina’s floodwaters ravaged New Orleans in 2005, the EPA and Louisiana officials examined about 1,800 soil samples over 10 months, EPA records showed.

Reporters covered some Harvey-environmental crises as they happened, such as AP’s exclusive on the flooding of toxic waste sites and the Chronicle’s Arkema warnings before fires broke out. But the sheer quantity of spills was impossible to document in real time — and information about some releases was delayed.

Academics have tried to fill in the gaps in environmental monitoring but say the paucity of data leaves local residents in a state of limbo — not knowing what they may have been exposed to — and could hurt efforts to prepare for future violent weather events that climatologists predict.

Testing by academics — in waterways and on land — has shown evidence of likely Harvey-related contamination, they say. But scientists also believe the deluge — five feet of rain in some spots — had a scouring effect on top soil, meaning contaminants likely migrated.

“That soil ended up somewhere,” said Hanadi Rifai, who heads the University of Houston’s environmental engineering program and has been studying pollution in the 50-mile-long Houston Ship Channel — the petrochemical industry’s main artery — for more than two decades. “The net result on Galveston Bay is going to be nothing short of catastrophic.”

Only one of nine soil samples collected in September by Rice University researchers in a neighborhood east of downtown Houston showed the presence of benzo(a)pyrene, a known carcinogen, at levels just above what the EPA deems a cancer risk, according to an independent chemical analysis funded by the AP-Chronicle collaboration.

One was a half-million-gallon gasoline spill from a storage tank owned by Magellan Midstream Partners in Galena Park, where plant workers were evacuated amid explosion fears.

“Nobody told us anything,” said Claudia Mendez, a 42-year-old community activist who lives a mile away with her husband and three sons. It wasn’t until the next week that she learned from news reports of the Magellan spill.

Mendez did notice some foam at the time in a pond beside the road fronting Magellan’s terminal.

“We found out later it was the foam the firefighters used to put down the fumes.”

Magellan spokesman Bruce Heine said the company notified state and federal authorities as soon as it was aware of the spill.