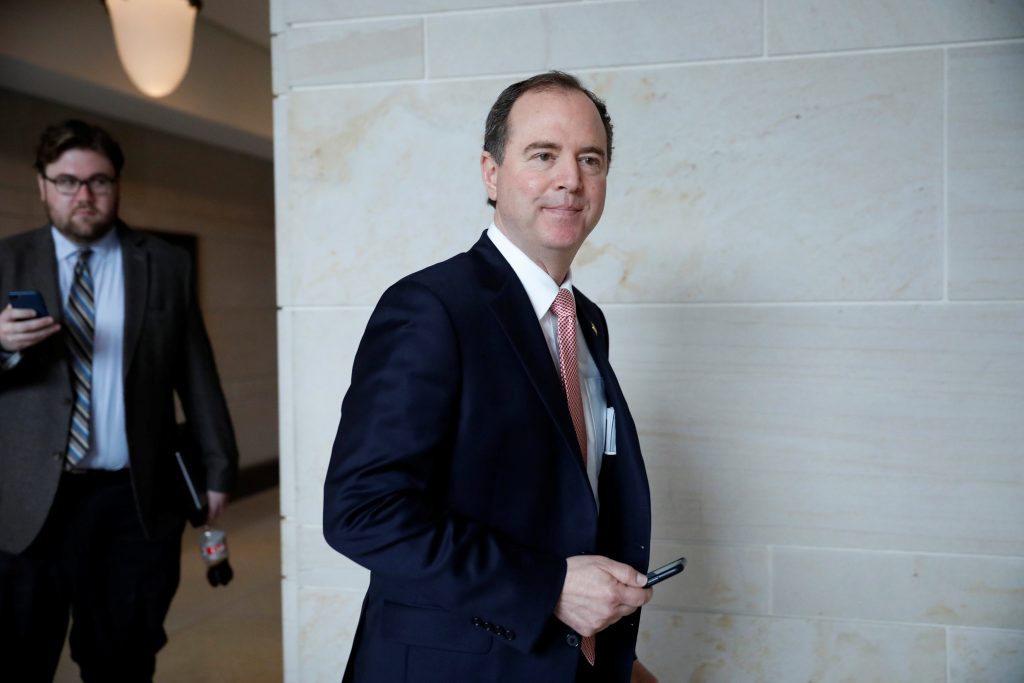 The House Intelligence Committee voted on Thursday to release a Republican report on the panel’s Russia probe, the leader of the investigation said, a decision that formally ends the panel’s examination of Russia and the 2016 U.S. election.

The Republican report found no evidence of collusion between President Donald Trump’s campaign and Russian interference in the election. Committee Democrats strongly disputed that finding, and said they will continue to investigate and, eventually, release their own report.

The committee’s vote to release the report was along party lines.

Representative Adam Schiff, the panel’s top Democrat, told reporters that Republicans had declined every motion offered by Democrats, including requests to subpoena witnesses who refused to answer questions and to charge former Trump adviser Steve Bannon with contempt.

“The (Republican) majority was not interested in conducting any further investigation, even when the flaws in what we have done so far have become so apparent in the course of the last week,” Schiff said.

The committee’s chairman, Devin Nunes, said the report was based on more than 70 witness interviews and the collection of more than 300,000 documents, and makes recommendations about improving election security. He said in a statement it “will include minority views if the minority submits them.”

A summary of report findings concluded that Russia conducted cyber attacks on U.S. political institutions, using social media to undermine the electoral process. It acknowledged contacts between Trump associates and representatives of the Russian governments, including Russian efforts to set up a “back channel” to communicate with Trump’s team after his election, but said it had not found evidence of collusion.

Trump’s fellow Republicans have Senate and House majorities, controlling every congressional committee. The House panel’s investigation of how Russia might have sought to influence the 2016 U.S. election, and whether Trump associates colluded with Moscow, has been marked by partisan disagreements for months.

Earlier this year, Intelligence Republicans and Democrats released dueling memos about the investigation. Nunes removed himself from the probe for several months after a late-night visit to the White House raised questions about improper communications with Trump associates.

The Senate Intelligence Committee released bipartisan recommendations on how to improve U.S. election security this week and is continuing its investigation, as is Department of Justice Special Counsel Robert Mueller.

The probes have shadowed the first part of Trump’s presidency, and the president has repeatedly denounced them — and Mueller, leading to concerns he might fire the special counsel.