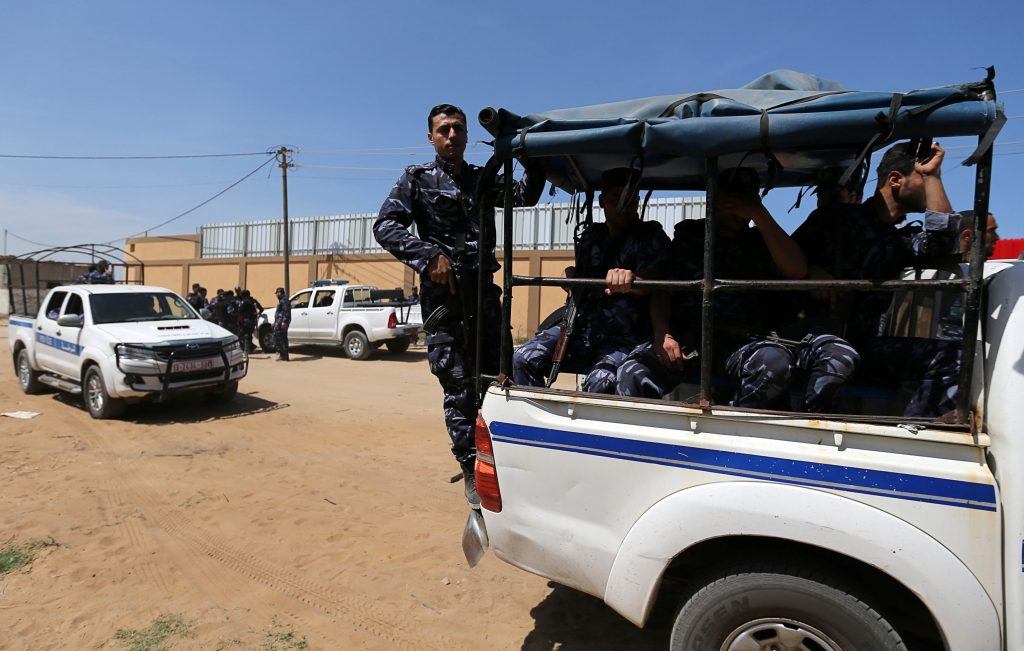 Hamas on Thursday announced that it had eliminated a Gaza Arab who tried to kill Palestinian Authority Prime Minister Rami Hamdallah when he visited Gaza last week. Annas Abu Chusha was responsible for setting the bomb that exploded as a vehicle carrying Hamadallah drove through Gaza, on its way to the inauguration of a desalination plant in Gaza.

Chusha was killed Thursday after he was tracked down by Hamas. A major gun battle erupted between Hamas terrorists, and Chusha and a companion. The Palestinian Authority on Wednesday night named Chusha as the bomber, and he was spotted Thursday in central Gaza. According to reports, eight people were killed in the gun battle.

The PA had blamed Hamas for the attack on Hamdallah. The office of PA chief Mahmoud Abbas said in a statement that “Hamas is responsible for this cowardly attack on the Prime Minister. Attempting to harm Hamdallah is another attack by Hamas on the unity of the Palestinian people.” Hamas denied responsibility for the bombing, issuing a condemnation and announcing that it had made arrests in the case, which it called a “serious crime.”