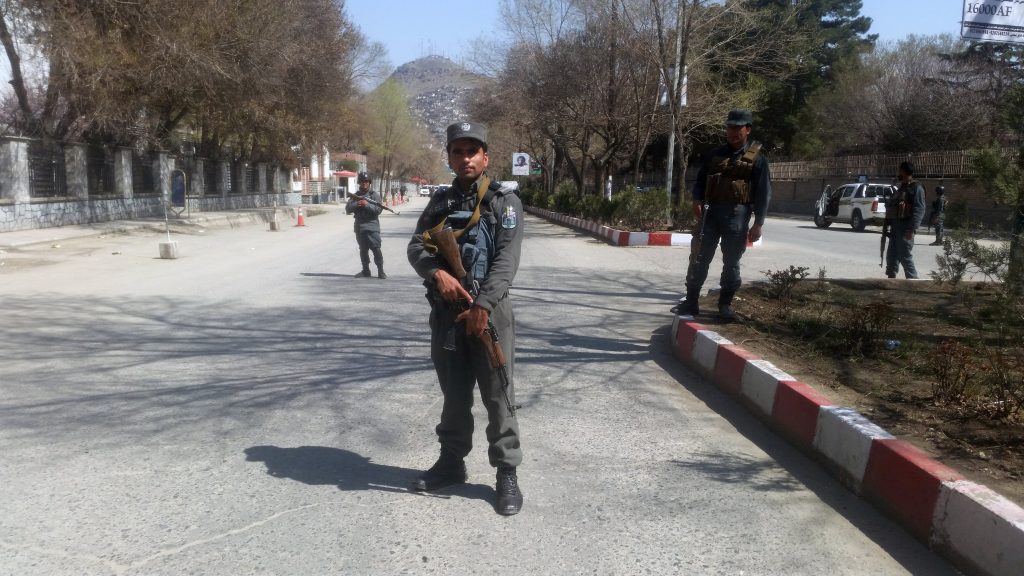 A suicide bomber blew himself up near a Shiite shrine in Kabul on Wednesday, killing at least 26 people and wounding 18, officials said, as the Afghan capital celebrated the Nawruz holiday marking the start of the Persian new year.

The explosion underlined the threat to the city from terror attacks, despite government promises to tighten security in the wake of an attack in January that killed around 100 people.

In Cairo, the Islamic State terror group claimed responsibility for the attack, its Amaq news agency said. An affiliate of the group has claimed previous attacks on Shiite targets.

Kabul had been on alert for attacks over a religious holiday but the bomber was still able to detonate his explosives as people were leaving the shrine, in the west of the city.

“There was a huge explosion and I saw a lot of people running away,” said Sayed Omer, who was nearby at the time of the blast, near the city’s main university.

Interior Ministry spokesman Najib Danesh said the bomber had apparently intended to reach the shrine, a target of previous terror attacks, but had been prevented from getting closer by police checkpoints.

“We had our security in place in and around the shrine,” he said. “All the casualties were young men who were either passing by on the road or gathering [for the holiday].”

Nasrat Rahimi, a deputy spokesman of the Interior Ministry, said at least 26 people were dead and 18 wounded. Italian aid group Emergency, which runs one of Kabul’s main trauma hospitals, said seven people had been brought in, three of them dead on arrival.

The seemingly endless attacks have undermined support for the government of President Ashraf Ghani, who offered last month to hold peace talks with Taliban terrorists fighting to drive out international forces and reimpose their version of strict Islamic law.