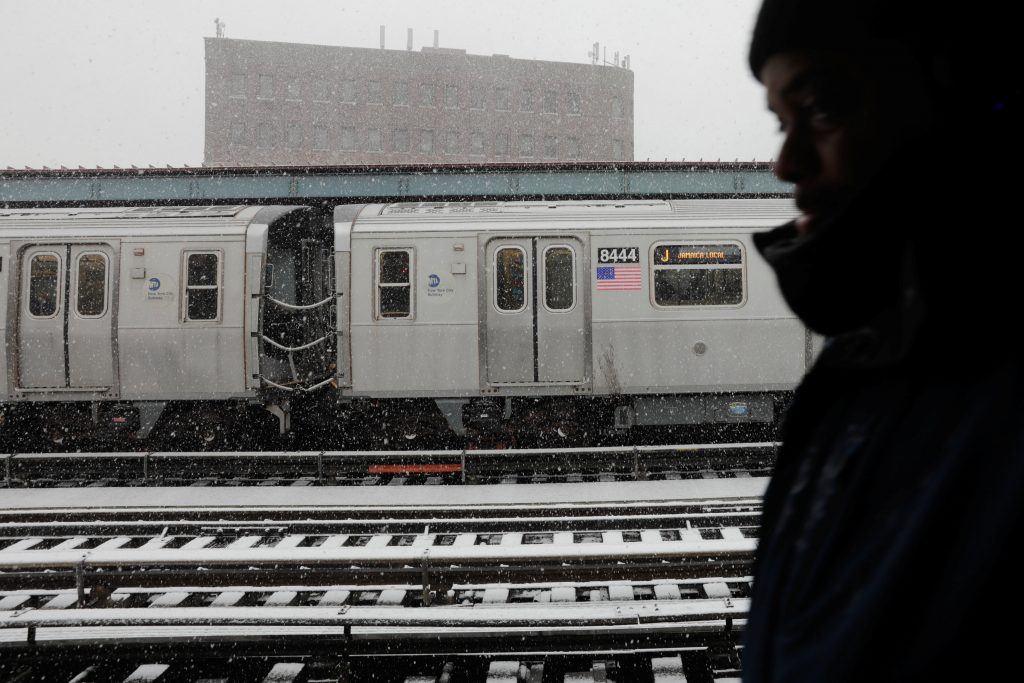 A spring nor’easter targeted the Northeast on Wednesday with strong winds and a foot or more of snow expected in some parts of the region.

Airlines canceled flights and schools canceled classes ahead of the fourth major storm in three weeks. Conditions were calm in most areas early Wednesday, but forecasters said the storm was expected to kick into high gear by early afternoon.

Residents were being urged to stay home and off the roads, if possible, on Wednesday, so crews could work to keep streets clear.

Landscaping crews along the New Jersey coast tended to shrubs and plants at oceanfront homes, and then packed up their garden tools to get ready to plow. Shore towns positioned bulldozers, front-end loaders and other heavy equipment to deal with beach erosion.

The bulk of the snow and sleet was expected to pound New Jersey, Maryland, Delaware and parts of eastern Pennsylvania on Wednesday before heading toward Cape Cod early Thursday.

Widespread power outages were possible with gusts blowing up to 35 mph.

The flight-tracking site FlightAware reported more than 3,000 canceled flights across the U.S. on Wednesday, most in the Northeast.

On the ground, Amtrak scaled back service on the Northeast corridor and some states banned certain types of trucks from major highways.