General Suspected Texas Bomber Kills Self as Police Close In 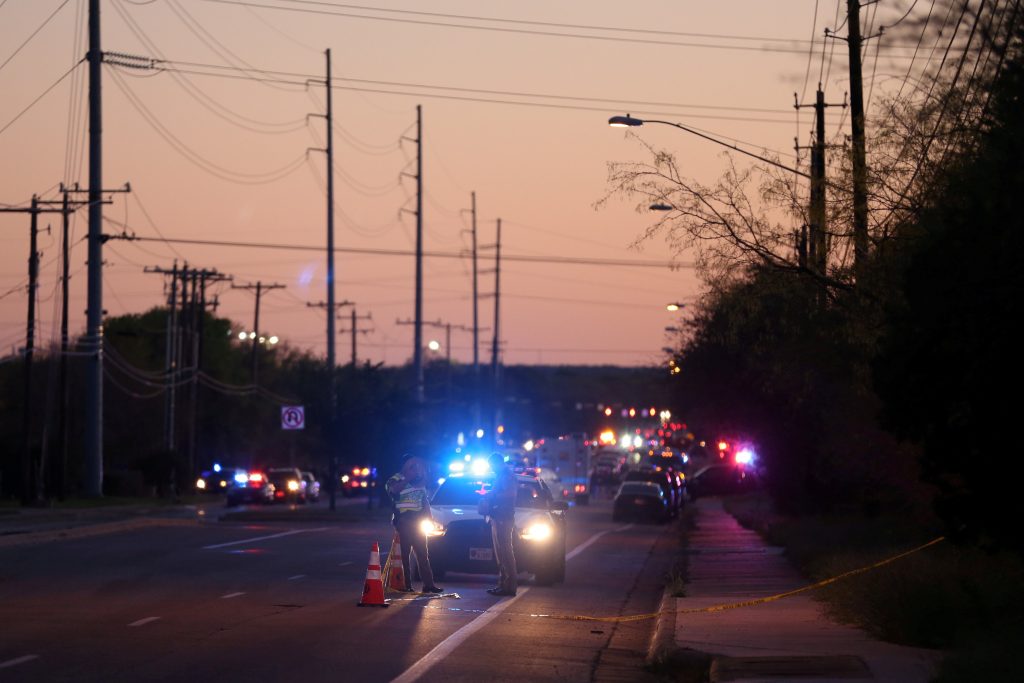 A 24-year-old man suspected of a series of deadly bombings around Austin, Texas, blew himself up early on Wednesday as police closed in on him, police officials said.

Police had tracked the suspect to a hotel near Austin, the state’s capital city, and were following his vehicle when he pulled to the side of the road and detonated a device, killing himself, Austin Police Chief Brian Manley told reporters near the scene.

“The suspect is deceased and has significant injuries from a blast that occurred from detonating a bomb inside his vehicle,” Manley told reporters. He said the suspect was white, but declined to provide his name.

Two Austin police officers were approaching the vehicle when the suspect set off his device. One officer fired at the vehicle and the other sustained a minor injury when the bomb went off, Manley said.

Police had urged residents of the area to treat packages with suspicion during the bombing campaign, and Manley warned residents not to let their guard down yet, since investigators were not sure whether the suspect had placed or sent more bombs.

The bombing killed two people and injured at least five others, unnerving residents of Austin, a city of some 1 million people.

The first three devices were parcel bombs dropped off in front of homes around Austin neighborhoods. A fourth went off on Sunday night, apparently detonated with a trip wire, and one exploded inside a FedEx facility on Tuesday.

Live media images showed large numbers of police vehicles at the reported location of the bomber’s death, along a major highway in Round Rock, Texas, about 20 miles north of Austin.

The series of bombings began on March 2 and bewildered law enforcement officials, who by Sunday began taking the unusual step of issuing a public call for the suspected serial bomber to get in touch and explain why he was carrying out the bombings.

The first two bombs killed black men, raising fears that they were part of a hate crime, but investigators said the later, more random blasts made that less likely.

Manley said investigators still had no clear idea of what prompted the suspect to carry out the bombings.

“We do not understand what motivated him to do what he did,” Manley said.

Police had tracked him to a hotel north of Austin before he drove away, leading to the final confrontation, Manley said.

“We don’t know if he was on his way to deliver another bomb,” Manley said. “He had one with him and that’s what he detonated as we approached.”