Regional Northeast Gets Clobbered With Fourth Snowstorm in 3 Weeks
Regional 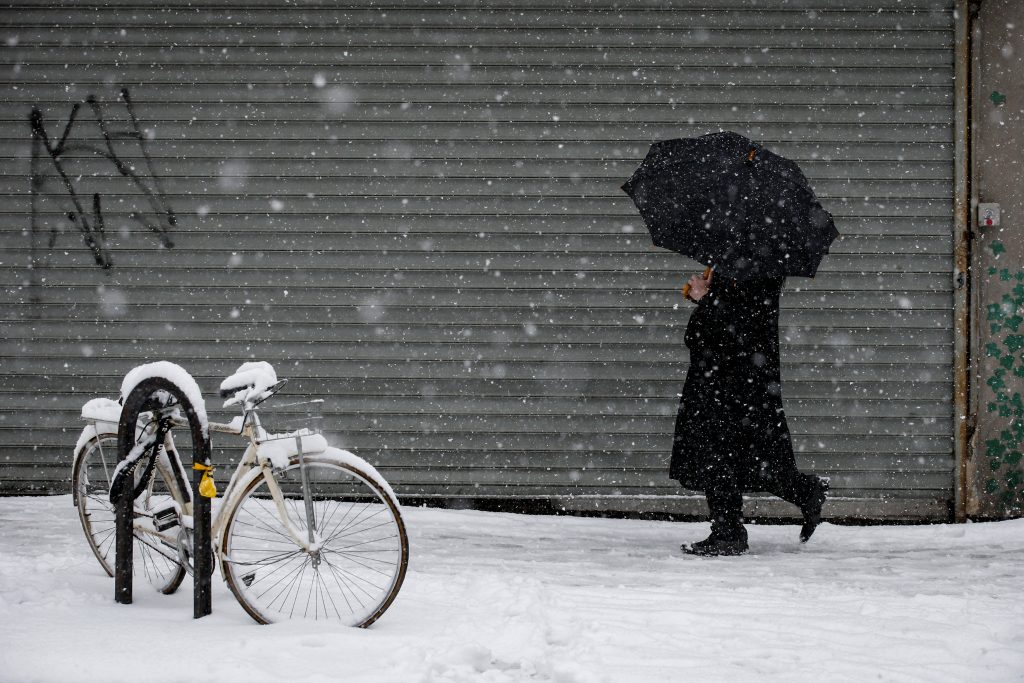 Spring kicked off with a wallop of wintry weather along the East Coast as the fourth nor’easter in three weeks rolled in, with the potential for a foot of snow Wednesday.

Airlines canceled more than 4,000 flights, an estimated 15,000 customers lost power from West Virginia northward, and school districts throughout the Northeast called off classes ahead of the storm. At least two traffic deaths were reported in New Jersey and on New York’s Long Island.

Up to 8 inches of snow had fallen in some Philadelphia suburbs by midafternoon, and 13 inches outside Allentown, Pennsylvania. New York had at least 5 inches before the evening commute and braced for a total of 6 to 12. Forecasters said Boston could get 6 inches as the storm moved into New England.

“Winter will not relent,” said Pancho Ortega, who was clearing the sidewalk outside his soon-to-open restaurant in Philadelphia. “I don’t like the shoveling part. I’m ready for it to kind of go away.”

“I give up. And now the corner store doesn’t have any salt left,” he said. “I’ll just have to take my chances and hope for someone else on the block to do it later.”

The storm was just the latest to come off the assembly line in the Northeast since March 2. Many people’s tolerance for wintry weather was already worn thin, after repeated power outages and lots of white-knuckle driving.

“I didn’t think I’d still need to keep storm stuff in my car in late March, but what are you going to do?” Wilson Collins, of Toms River, New Jersey, said as he checked his car trunk to make sure he had a shovel, a blanket and other emergency items. “I just hope this is finally it.”

On the other side of the country, a storm brought heavy rain to California, and tens of thousands of people in Santa Barbara and Ventura counties were ordered to flee their homes because of the danger of mudslides on slopes burned by recent wildfires.

In New Jersey, some streets were flooded along the shore, including one in Point Pleasant Beach, where a pair of ducks cruised back and forth through an intersection where a plastic garbage can bobbed in the waves.

More than 1,200 flights in the New York City area alone were canceled, with a ripple effect on air travel around the country. On the ground, Amtrak scaled back service on the Northeast corridor between Washington and Boston, and some states banned trucks from major highways.

The storm also unloaded snow on Virginia and West Virginia as it pushed into the Northeast. Virginia reported more 240 traffic accidents since midnight. In West Virginia, more than 6,000 customers were without power in the afternoon.

New York Gov. Andrew Cuomo declared a state of emergency for New York City and its suburbs and said 5,500 utility workers and 300 National Guard members were standing by. The state also sent generators, light towers, plows and salt to areas that have already endured multi-day, storm-related power outages this month.

Cuomo said he was told the utilities were better prepared this time.

“We have had assurances,” he said. “Frankly, I’m not satisfied with the assurances.”

Not everyone was sick of the snow.

In Orwigsburg, Pennsylvania, about 90 miles outside Philadelphia, 10-year-old siblings Talia and Miles Broadhurst made their own fun on yet another day off from school, climbing onto the family SUV and sliding down the snow-slicked windshield and hood before plopping onto the snow.

“If the snow keeps me away from school, I’m fine with it,” Miles said.