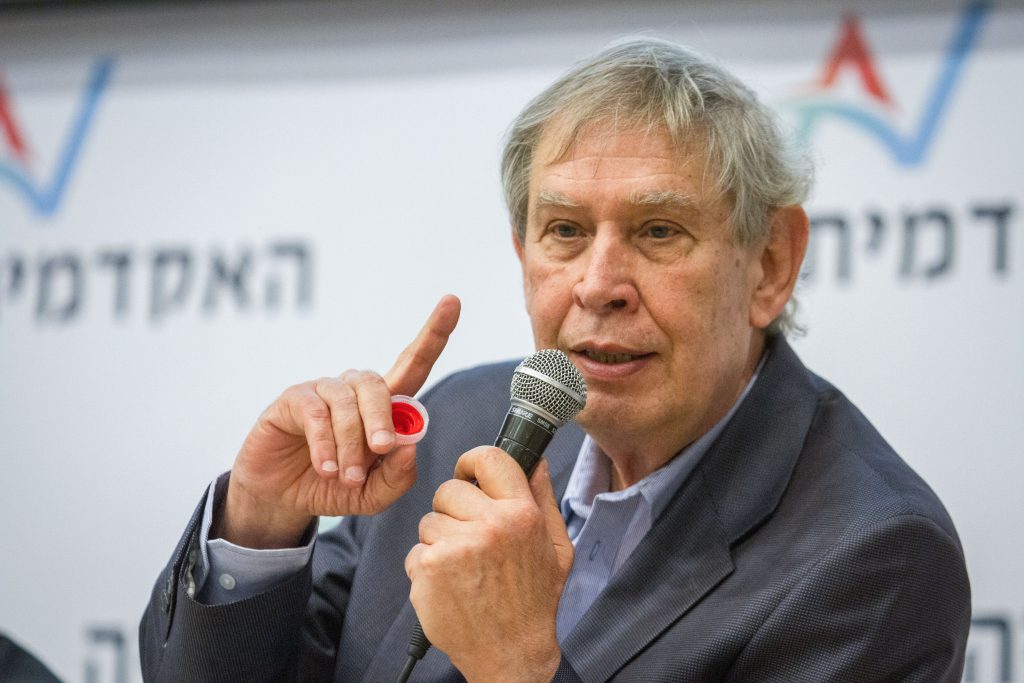 Israel’s decision to publicly acknowledge for the first time its strike on a Syrian nuclear reactor has prompted a wave of comments from officials and former officials, not all of them pleased about the disclosure.

Liberman told Haaretz that “the war of credits and wave of mutual slander” sparked by the publication “shames” the Israeli military.

“People simply broke through all the barricades and are simply letting information out, some of which could damage Israel’s security,” he charged.

Former IDF chief of staff Gabi Ashkenazi spoke of the risk that the Israel attack might provoke war with Syria.

“You can never be sure, but I thought there was a chance,” Ashkenazi told Ynet on Wednesday.

“It wasn’t by coincidence that we trained units on the Golan Heights, it was no coincidence that there was a drill. I don’t want to elaborate on all of the details, but in fact, we were sufficiently ready for another option,” Ashkenazi said.

He explained that it was decided to carry out the operation as quietly as possible and deny Israeli involvement to minimize embarrassment to Syrian President Bashar Assad which could force him to respond in ways that could have spiraled into war.

To carry out the operation in a discreet manner would allow Assad “to tell his people another story,” Ashkenazi said.

“After the pilots had landed, I went up to the 14th floor of the Kirya IDF headquarters, looked out of the window at Tel Aviv that was sleeping and said I hope we don’t have to wake the residents unnaturally. It took a few hours before we began to realize how the other side would respond to what had happened to it,” Ashkenazi added.

Maj.-Gen. (res.) Amos Yadlin, who headed Israel’s Military Intelligence at the time, said on Wednesday that the IDF had two goals: Destroy the reactor and avoid war.

“On the night of September 7,[2007], we basically understood that we had two goals: No core, no war. Destroying the nuclear reactor on the one hand and avoiding a war on the other,” he said.

Commenting on the timing of the disclosure, Yadlin said that “Israel is a democracy with censorship that can be appealed to the High Court. The media in Israel has been pushing to lift the censorship even when I was still in office in 2009,” he said, adding that telling the story now is not likely to draw a belligerent reaction from Assad.

Nonetheless, a lot of details about the operation have not been revealed, mainly Israel’s intelligence-gathering capabilities.

Underlining the drama of the decision to bomb the reactor, the IDF declassified a letter from then IAF Commander Maj.-Gen. Eliezer Shkedi dated September 5, 2007, to the pilots chosen to execute the mission:

1) You are being sent today to participate in a mission of supreme importance to the state of Israel and the Jewish people.

2) The mission is to destroy the target and to disengage with no fallen aircraft, and to do so through as much “low signature” as possible.

3) The intention is for this action not to be connected, at least in the first stage, to the state of Israel and to minimize the potential for broader war.

4) The action is top secret before and after its implementation until a clear decision directs otherwise.

5) Counting on you. Believe in you and am convinced of your success.

Former Mossad director Tamir Pardo confirmed on Wednesday that the espionage agency was responsible for obtaining the information that made the mission possible.

“A team of Mossad agents succeeded in bringing the information in the way that it knows how. Other than that, I won’t elaborate,” he said.

Pardo said the discovery by the agents in mid-2006 corrected a “resounding intelligence failure,” referring to the years that elapsed before Israel knew definitively of the reactor’s existence.

Pardo, like Liberman, has misgivings about making the story public, even now.

The former Mossad chief praised the prime minister at the time, Ehud Olmert, and then-defense minister Ehud Barak for the operation.

“Olmert fulfilled the mission at the right time, and Ehud Barak did fantastic work,” he said.

However, he criticized them both — though not by name — for the “war of egos” that followed, as each sought credit for the historic decision.

“Everyone tries to diminish the actions of the other,” he said.