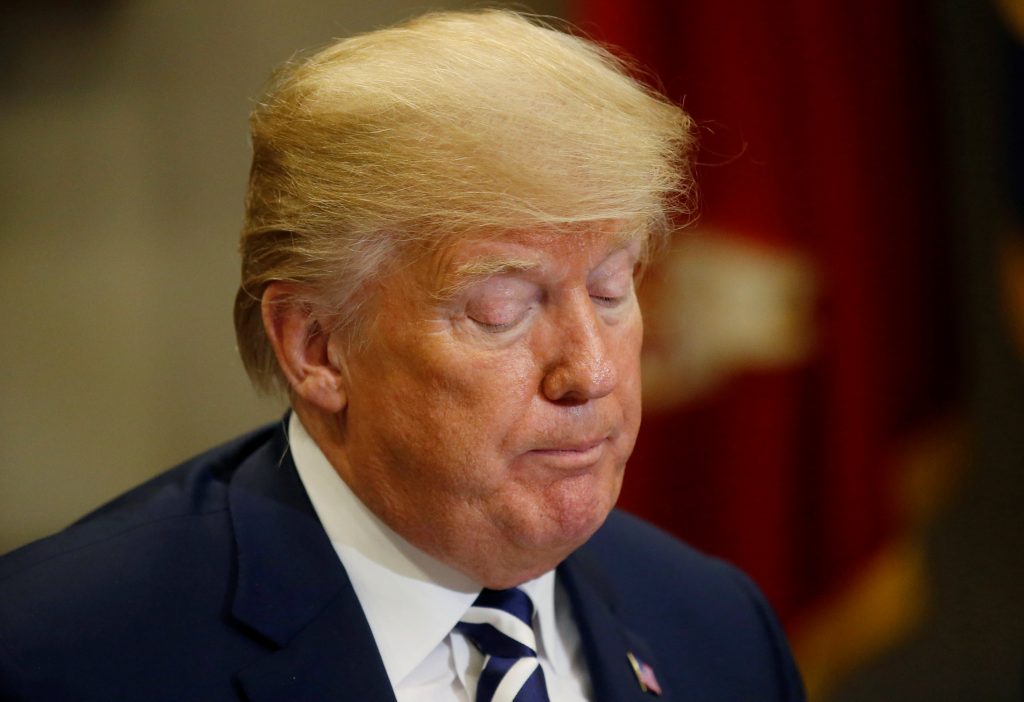 President Donald Trump was warned in briefing materials to refrain from congratulating Russian President Vladimir Putin on his re-election, but he did so anyway, a senior administration official said Wednesday.

Aides included a section in Trump’s briefing materials for his Tuesday morning phone call to Putin stating: “DO NOT CONGRATULATE,” said the official, who spoke to The Associated Press on condition of anonymity to discuss internal matters.

The White House said in a statement it would be a “fireable offense and likely illegal” to leak Trump’s briefing papers to the press. The message was first reported by The Washington Post.

It was unclear whether Trump, who prefers oral briefings, read the talking points prepared by his national security team before the call. National Security Adviser H.R. McMaster briefed the president in person before the call in the White House residence.

Trump’s call of congratulations drew bruising criticism from members of his own party even before the Post reported that aides had advised against it. Trump also said he and Putin might meet “in the not too distant future” to discuss the arms race and other matters.

What they didn’t discuss on Tuesday was noteworthy as well: Trump did not raise Russia’s meddling in the U.S. elections or its suspected involvement in the recent poisoning of a former spy in Britain.

“An American president does not lead the free world by congratulating dictators on winning sham elections,” said Sen. John McCain (R-Ariz.), who chairs the Senate Armed Services Committee and has pressed the Trump administration to respond aggressively to Russia’s interference in the U.S. presidential election.

At the State Department, spokeswoman Heather Nauert said it was “no surprise” that Putin was re-elected, commenting that some people were paid to turn out to vote and opposition leaders were intimidated or jailed.

Her comments were notably tougher on Russia than those coming from the White House.

“We don’t get to dictate how other countries operate,” Sanders said.

Trump himself has long been reluctant to publicly criticize Putin. He said that during their hoped-for meeting the two men would likely discuss Ukraine, Syria and North Korea.

The briefing document with guidance for the Putin phone call is accessible only to a select group of aides, and the White House expressed anger Wednesday that it was leaked to the media.

“If this story is accurate, that means someone leaked the President’s briefing papers. Leaking such information is a fireable offense and likely illegal,” the White House said in an official statement.

It was an unusual threat. Other revelations of classified material — including partial transcripts of Trump’s calls with foreign leaders — have not garnered specific threats of termination or criminal action.

Florida Sen. Marco Rubio called the leak a “bigger outrage” than Trump’s congratulations for Putin. “If you don’t like the President, resign.But this ongoing pattern of duplicity holds potential for serious damage to the nation,” he said on Twitter.

Russia has received global condemnation after Britain blamed Moscow for the recent nerve agent attack that sickened Sergei Skripal and his daughter. Russia has denied the accusation.

Trump’s call came at a period of heightened tension after the White House imposed sanctions on Russia for its interference in the 2016 U.S. election and other “malicious cyberattacks.” Sanders insisted that the administration has scolded Putin at the appropriate times.

“We’ve been very clear in the actions that we’ve taken that we’re going to be tough on Russia, particularly when it comes to areas that we feel where they’ve stepped out of place.”

The Kremlin said in a statement that Trump and Putin spoke about a need to “coordinate efforts to limit the arms race” and for closer cooperation on strategic stability and counterterrorism.

“Special attention was given to considering the issue of a possible bilateral summit,” the Kremlin statement said.

In addition, the two presidents expressed satisfaction with the apparent easing of tensions over North Korea’s weapons program, according to the Kremlin.

No details were released about the timing or location of a possible meeting with Putin, which would be the third since Trump took office in January 2017. They met on the sidelines of an international summit in Germany last summer and again more informally at another gathering of world leaders in Vietnam in November.

The White House had said Monday that it was “not surprised by the outcome” of Sunday’s presidential election in Russia and that no congratulatory call was planned.