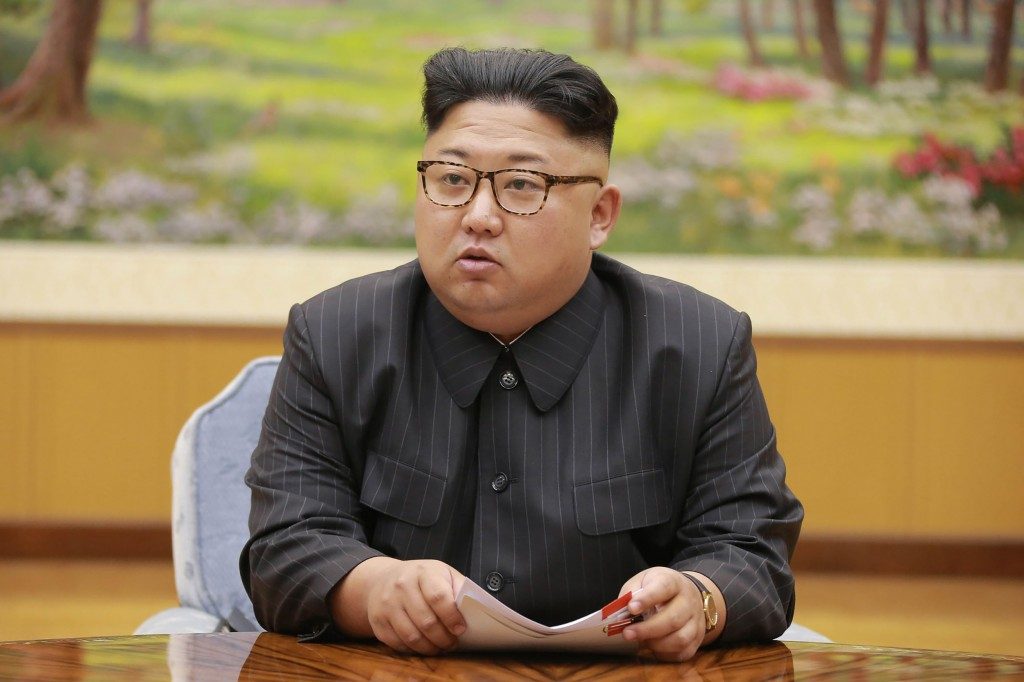 With the nomination and likely confirmation of Mike Pompeo as secretary of state, President Trump will soon have a trusted adviser who can prepare him for his upcoming summit with North Korean dictator Kim Jong Un. Pompeo’s first job is to make sure Trump understands one thing going into those talks: North Korea has no plans to give up its nuclear weapons at the negotiating table.

Kim knows what happened to Libyan dictator Muammar Gadhafi when, after the capture of Saddam Hussein in Iraq, he handed the entire Libyan nuclear weapons program — the uranium, the centrifuges, the designs to build bombs — over to the United States for secure storage. Seven years later, the Obama administration launched a military intervention in Libya during which Gadhafi was killed by rebel forces. Don’t think Kim has not seen the video of Gadhafi’s gruesome death, or concluded that it would never have happened had Gadhafi kept his weapons.

Kim is also fully aware of what happened to Ukraine after it gave up the nearly 2,000 nuclear weapons it possessed after the collapse of the Soviet Union. In December 1994, in exchange for denuclearization, Russia signed the Budapest Memorandum of Security Assurances promising to “refrain from the threat or use of force against the territorial integrity or political independence of Ukraine.” In 2014, Russia invaded a denuclearized Ukraine and annexed Crimea.

The idea that Kim is going to look at this history and decide “Third time’s a charm!” is absurd. Any promise for complete denuclearization he gives Trump will be a lie — just as his father lied in 1994 when he agreed to abandon his nuclear program. Kim is coming to the table to extort money and get the United States to withdraw forces from the Korean Peninsula so that he can pursue his ultimate goal of unconditional Korean unification under Pyongyang’s rule.

So why should Trump even bother to meet with Kim? Because a direct meeting may be the only way to convince the North Korean leader that Trump is serious about taking military action if Kim does not abandon his quest to threaten American cities with nuclear missiles. In January, I asked Pompeo in a conversation at the American Enterprise Institute whether Kim actually believes that Trump would pull the trigger on a military strike. “We’re concerned that he may not be getting really good, accurate information,” the CIA director replied. “It is not a healthy thing to be a senior leader and bring bad news to Kim Jong Un.”

A face-to-face meeting is a chance for Trump to look Kim in the eye and tell him: You will not be allowed to deploy missiles that can reach U.S. cites. I am not like my predecessors. If you continue on this path, America will have no choice but to take military action to destroy your missile and nuclear capabilities. Such strikes will be limited — unless you retaliate, in which case your regime will end. I would prefer it not come to that, but the decision is in your hands.

If Kim walks away unconvinced, and continues to pursue nuclear ICBMs, Trump can back up his message with limited actions. These could be undertaken covertly in order to avoid publicly shaming the North Korean leader. For example, Richard Ellings of the National Bureau of Asian Research recently suggested that North Korean submarines could suddenly start silently disappearing beneath the sea. No one would know except the North Korean leadership. This, along with even more painful sanctions, would send an unmistakable signal to Kim that Trump was serious.

If, despite all this, Kim continues to push forward, then the United States must be prepared to take out Kim’s nuclear and missile facilities, as well as the artillery pointed at Seoul. But preventing the need for military action — which risks escalating into all-out war if Kim miscalculates — is why it is important for Trump to meet the North Korean leader. It may be that only a threat delivered in person can finally convince Kim that Trump means it when he says all options are on the table.

If Trump succeeds, the result would still be suboptimal: a halt to ballistic missile development, rather than full denuclearization. But this is far better than letting Kim hold American cities hostage, or giving him massive concessions for a denuclearization agreement that he has no intention of fulfilling.
2018, The Washington Post Writers Group.