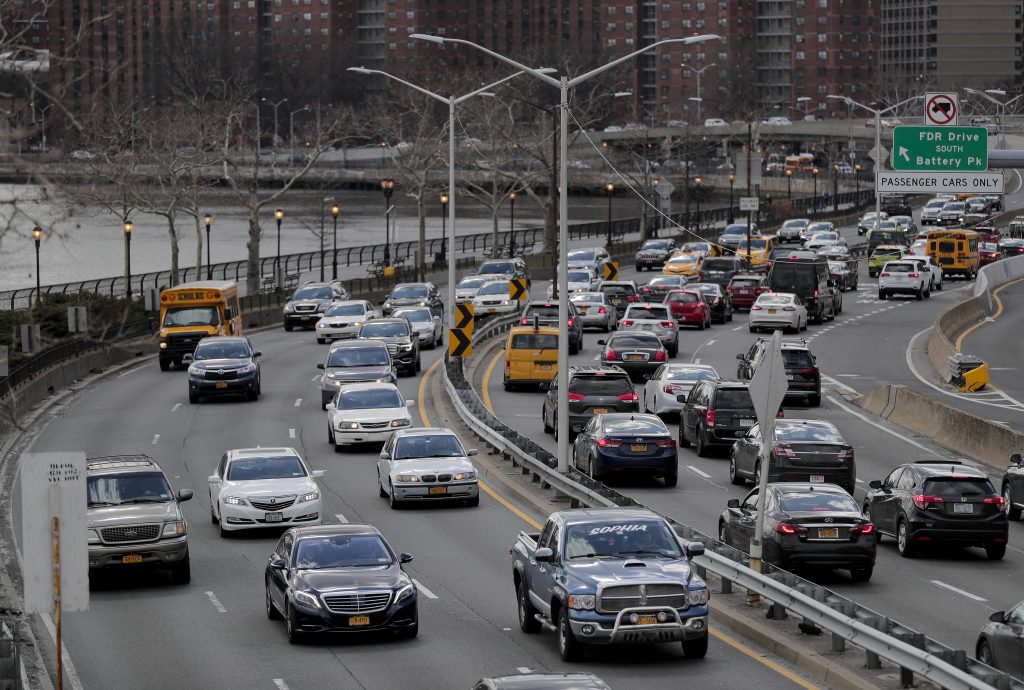 The prospects for are worsening for the latest proposal to impose new tolls on motorists entering the busiest parts of Manhattan as skeptical lawmakers balk at the plan.

Earlier this year, a state panel had recommended tolls of up to $11 or more as a way to reduce gridlock while raising money for badly needed transit upgrades. But Republicans in the state Senate did not include any version of that plan in their state budget recommendation, while the Democrat-led Assembly has endorsed a significantly scaled back proposal that would impose new fees on taxis, limos and Uber and Lyft rides.

Lawmakers and Gov. Andrew Cuomo could still work out a deal in the state budget, due April 1, or even in the waning weeks of the session after the budget is approved. But so far there’s little support in the Legislature for any significant new congestion tolls, while Republicans are opposed to even small new fees on for-hire vehicles.

The news is likely to cheer the commuters and commercial drivers whose opposition has helped sink earlier congestion pricing plans. But the news is alarming environmental groups and mass transit advocates who say the city and state must invest in transportation options that take cars off the streets. Similar toll systems are already in place in cities such as London, Stockholm and Singapore.

In January, a task force commissioned by Gov. Cuomo, a Democrat, recommended $11.52 tolls for motorists driving south of 60th Street, with $25.34 tolls for trucks and fees between $2 and $5 for Uber rides and for-hire vehicles. Gov. Cuomo didn’t endorse the details of that plan, but said last year congestion pricing is “an idea whose time has come.”

Maybe not just yet.

The Assembly on Wednesday endorsed a budget proposal that would add a $2.75 charge on Uber, Lyft and Limo rides below 96th Street in Manhattan. Taxi cabs pay a 50-cent-per-trip surcharge.

The Assembly plan would also impose a $1 fee on Uber, Lyft and other ride-sharing trips throughout the rest of the city and state — an idea that was quickly slammed by Uber.

Some level of surcharge on for-hire vehicles remains a possibility this year. It’s also possible lawmakers and Gov. Cuomo could agree in the budget to pay for the electronic sensors and video equipment that would likely need to be installed throughout Manhattan for any eventual tolling system.

A Cuomo spokesman said that negotiations with the Assembly and Senate are “ongoing”and singled out the technology investment as a priority.

“Traffic congestion is only getting worse and we need to start planning for the necessary infrastructure now,” said spokesman Peter Ajemian.

Environmental and transit advocates who have long pushed for congestion pricing only to see officials reject one plan after another say they’re hoping the governor can convince lawmakers to reconsider their long-standing opposition, which also doomed a high-profile proposal from former Mayor Michael Bloomberg several years ago.