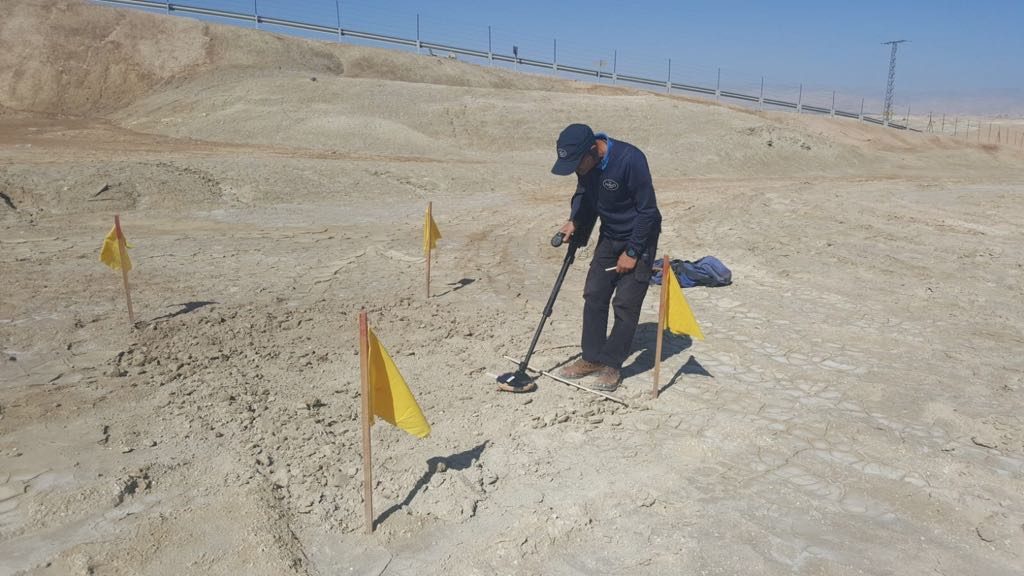 The Ministry of Defense said it has begun the demining of an area along the Jordan River where there are an estimated 3,000 anti-personnel mines, anti-tank mines, and other “explosive remnants of war.”

The mines were placed along parts of the Israeli-Jordanian border, as well as on the Golan Heights.

This week, the Israel National Mine Action Authority (INMAA), under the Ministry of Defense, together with HALO Trust, an international mine clearance charity, have officially started work on the& Qasr al-Yahud site, which is a religious attraction for Christian visitors.

Established in 2011, INMAA is responsible for clearing all the mine-affected areas not essential for Israeli security needs. Since its establishment, the authority has cleared tens of thousands of different types of mines scattered across thousands of acres of land throughout Israel. The freed lands are turned into tourist parks, nature reserves, agricultural lands and more.