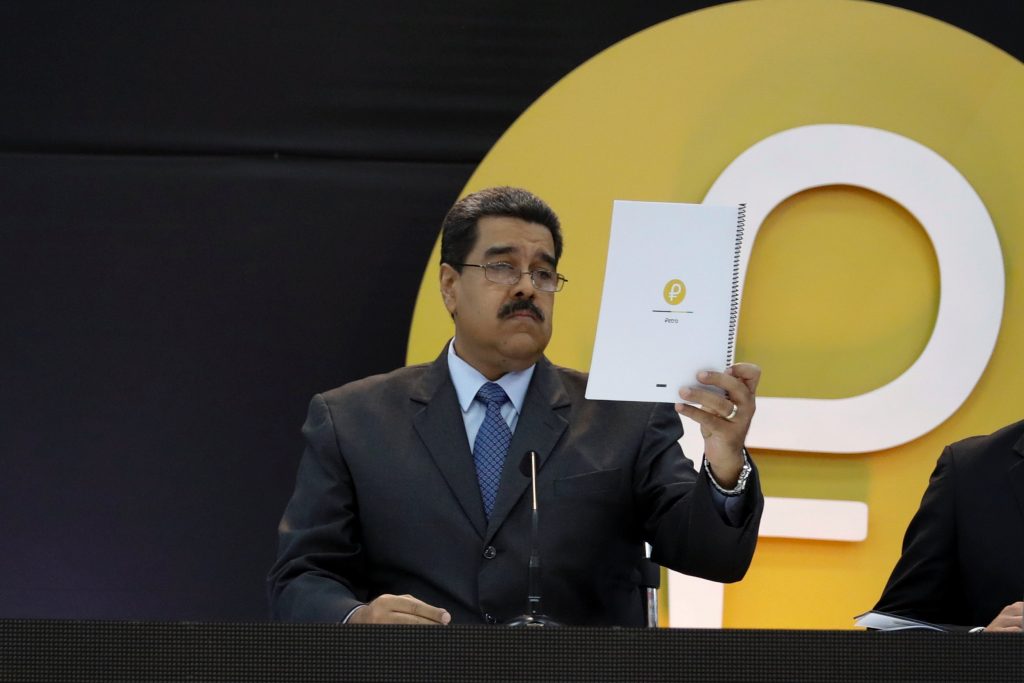 President Donald Trump on Monday blocked the use of Venezuelan cryptocurrencies through an executive order prohibiting such transactions by those in the United States, the White House said in a statement.

The order bars “all transactions related to, provision of financing for, and other dealings in, by a United States person or within the United States, any digital currency, digital coin, or digital token,” issued by Venezuela’s government since Jan. 9, the statement said.

On Feb. 20, he said the newly launched oil-backed petro cryptocurrency raised $735 million in the first day of a pre-sale. Maduro also said last month Venezuela is preparing a new cryptocurrency called “petro gold” that will be backed by precious metals.

In January, the U.S. Treasury Department warned that the “petro” cryptocurrency could violate sanctions against the OPEC nation’s socialist government.

The United States is considered a crucial source of capital for securities and tokens because of the size of its economy and because many global financial operations at some point pass through U.S. financial institutions.