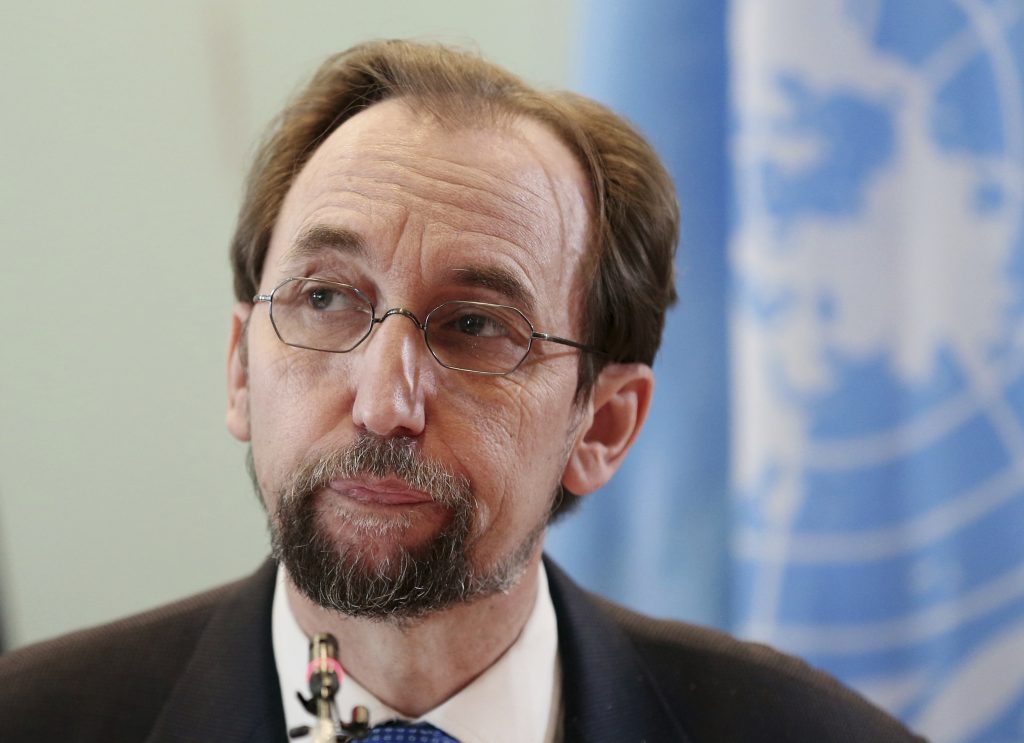 A pro-Israel organization has called for the dismissal of U.N. Human Rights Commissioner Zaid Ra’ad al-Hussein after he referred to the Jewish communities in Yehudah and Shomron as a “war crime,” Arutz Sheva reported on Monday.

A letter signed by dozens of supporters of Israel in over 30 countries, including activists of the Lev HaOlam organization, decried the U.N. official’s blatant double standard:

“While tens of thousands of people are being slaughtered in Syria, and while women’s rights are being disregarded in Iran, the Human Rights Commissioner is issuing a report on the settlement movement in Israel, which details construction information, calling it a war crime,” the letter said.

“The Commissioner’ s obsession with Israel is unacceptable. We hear his decisions come from anti-Semitic motives, and we call for the immediate dismissal of Zaid Ra’ad Al-Hussein from the position of U.N. Human Rights Commissioner.”

Signatories are from all over the globe, including Switzerland, Austria, the United States, Finland, Germany, Italy, Singapore, Pakistan, Papua New Guinea, Canada, as well as African countries such as Rwanda, Uganda, South Africa, and Tanzania.